Interview with Frank Turner and the Sleeping Souls 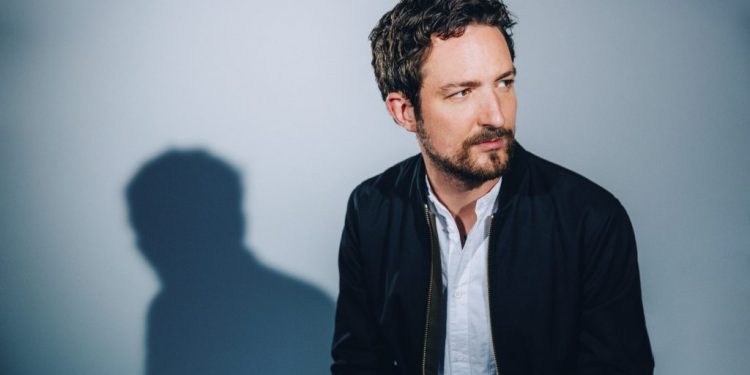 The latest album by Frank Turner is titled ‘Be More Kind’. The events of 2016 inspired the album concept.

“I was actually writing a whole other record, a concept piece about ignored women from the historical record, and then 2016 happened, and I just felt like I had to write about it. At that point these songs came together pretty quickly,” Frank Turner said.

The title of the album is based on a line from a Clive James poem.

“I’m a long-time fan of James’ poetry, but since he’s become ill, his writing his hit a whole new plateau of brilliance. I was reading through “Leçons De Tenebres” and the line just hit me like a truck, it sent me off in new creative directions immediately. I think I knew it was the album title right from the moment I stumbled across it,” Frank Turner noted.

For these recordings, Frank Turner wanted to go outside his comfort zone. Austin Jenkins and Joshua Block, who did the production for the album ‘Be More Kind’, helped with this process.

“I was really interested in pushing myself outside my comfort zone, and Josh and Austin did a great job with that, we attacked the songs in a way that was completely new for me as an arranger, which was really creatively liberating for me. The songs led the way and we just threw everything at them until they were right, from synthesizers to drum loops to horn sections or whatever,” Frank Turner answered.

For the visuals on the album, Frank Turner sought the talents of Ben Rix. He did the artwork for ‘Be More Kind’.

“For the artwork, I had a strong idea, but I can’t draw to save my life, so I got introduced to Ben Rix, who hit the nail on the head straight away,” Frank Turner said.

Several music videos were produced for the album including one for the single “Blackout”. The video uses a very minimalist and straightforward approach.

“That’s the treatment for the song that made the most sense to me. The song is pretty radically different from anything I’ve done before, so I wanted the visual to be stark and simple to emphasise that,” Frank Turner remarked.

Frank Turner’s favorite song to play live off the new album is “1933”.

“Probably “1933”, right now, as it gets the crowd going something fierce. It’s always pleasant, if not a relief when that happens,” Frank Turner reflected.

Like “Blackout”, the music video for “1933” also uses a minimalist approach.

Frank Turner made a successful jump from post-hardcore with Million Dead to a primarily acoustic-based solo career.

“At the time I felt like I was in a rut, musically. I wanted to try my hand at something that was, to me, completely new. It felt bold and scary, and it also put the spotlight on songwriting above all else, which was my main intention,” Frank Turner reminisced.

His backing band The Sleeping Souls consists of Ben Lloyd, Tarrant Anderson, Matt Nasir, and Nigel Powell. The sound and energy they bring to a concert borders on the supernatural.

“For starters, they’re the best band I know, great musicians all. And we’ve been a touring unit for a decade now, we have a musical connection that’s borderline supernatural now. The shows wouldn’t be up to much without them there! Both in terms of sound and energy,” Frank Turner disclosed.

Frank Turner is looking forward to his concert on September 24th in Ottawa.

“Canada, not least Ottawa, has always been great for me, very welcoming. It’s fun to be back. The show will be a blast, we’re at the peak of our game, plus we have Bad Cop / Bad Cop and Sam Coffey & The Iron Lungs with us as well, which is wonderful,” Frank Turner concluded.

The concert is presented by Beau’s All Natural Brewing Co., Apt613 and Spectrasonic. This event is also supported by the Ontario Media Development Corporation

Opening for Frank Turner and The Sleeping Souls is Bad Cop / Bad Cop, and Sam Coffey & The Iron Lungs.

The event is all ages and licensed 19+. Doors are at 6pm. Tickets range from $35 to $39.50 in advance plus service charges. Tickets are available at Vertigo Records, both Compact Music Inc. locations and online at Spectrasonic.