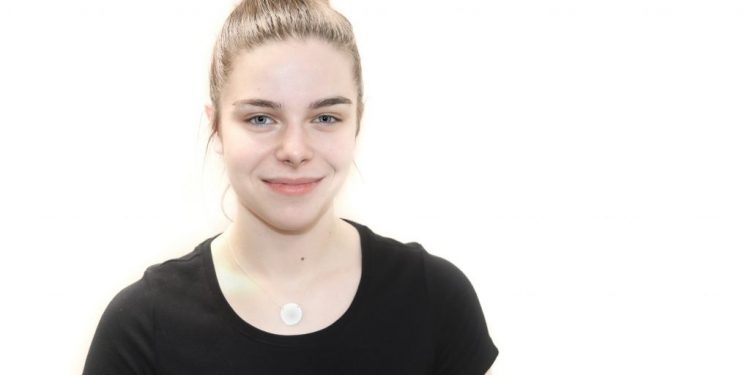 Cornwall, Ontario – Athletic, smart, and hardworking – these are all words that describe Cornwall-born hockey player and forward Gabrielle Davidson Adams who will be representing Team Ontario at the upcoming Canada Winter Games.

Gabrielle Davidson Adams is a student-athlete with a 4.0 GPA at the Ontario Hockey Academy located here in Cornwall. She was also awarded the league MVP of the EWHC last season. This season she’s averaging about two points a game at tournaments and games. In addition, she represented Cornwall during a broadcast of an NHL game for Hometown Hockey on Sportsnet. She is also Harvard University-bound, partnering with them through the application process.

Last summer she was invited to the Team Canada summer camp, and she was named an alternate player for Team Canada at the World Championships that took place last month in Japan.

At 17 years old Gabrielle Davidson Adams is one of the youngest players on Team Ontario. The team only has five players born in 2002, while the rest were born in 2001.

“I’m honoured to have been selected; it’s a privilege to represent your province. It’s extremely hard to make that team. This year there is one Team Ontario instead of two teams. I’m also an under-ager, which makes being picked even more special,” Davidson Adams explained.

In addition to being one of the youngest players, Gabrielle Davidson Adams is also the only one not playing for the Provincial Women’s Hockey League.

“All the girls on Team Ontario play in the Provincial Women’s Hockey League (PWHL), and I’m the only one not in that league on our team, so it feels like I was an underdog to make the cut”. All these girls know each other and have played with each other. It might be hard to fit in at first. It’s hard to be the new one, but I’m sure it’ll be fine,” Davidson Adams noted.

The road to getting selected to play for Team Ontario was challenging.

“There were three camps. The first was fitness testing; then the top 80 players were chosen and played a camp. Half made it to the second tryout. Among those 40 players, 20 were chosen to play for Team Ontario,” Davidson Adams recalled.

“At the Fitness Evaluation in Toronto this past spring, one of my coaches and trainers Jenna Lascelle prepared me for the challenge,” Davidson Adams added.

The competition to be selected for Team Ontario was fierce.

“It was intense. The best female hockey in Canada is in Ontario. At the training camp, they were all strong players. It was tough and nerve-racking. Everyone wants to make the team and works hard for it. It’s stressful. But it’s worth it,” Davidson Adams noted.

Team Ontario is placed in Pool B where they will compete against Team Alberta, Team BC, and Team Nova Scotia. These 3 games are scheduled on February 24th, 25th, and 26th respectively.

Gabrielle Davidson Adams can expect to see some familiar faces. Some OHA students, playing for other provinces, will be at the Canada Winter Games too.

Playing for Team Ontario means there is pressure to win.

“Of course, there is pressure to win. There are very high expectations to win. Ontario usually makes the finals. However, we just need to play our game, play as a team, keep it simple, and not over complicate things,” Davidson Adams went on.

Gabrielle Davidson Adams is looking forward to the experience.

Congratulations Gabrielle and best of luck at the Canada Winter Games!