Interview with Down By Law guitarist Sam Williams 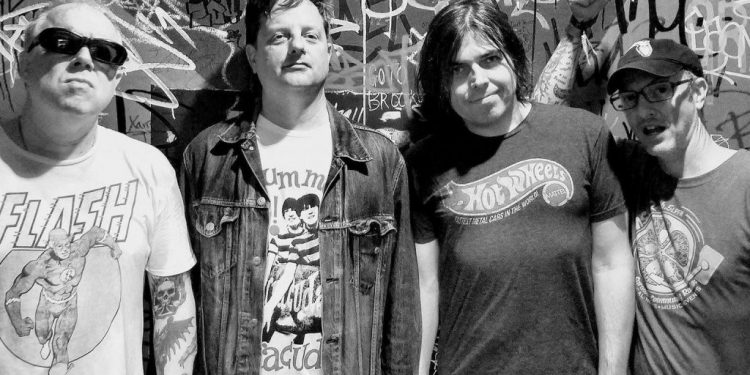 Ottawa, Ontario – Legendary California punk band Down By Law will be playing a concert at Maverick’s in Ottawa on March 28th, 2019. Just prior to their Canadian tour Down By Law are also releasing a new album titled “Redoubt”. It comes out March 22nd, 2019 on Pine Hill Records.

“We are still signed to Kung Fu Records. About the same time, we signed with them for our full-lengths, we got together with Pine Hill and decided to do an EP with them. They seem great so far,” Down By Law guitarist Sam Williams explained.

The title of the new Down by Law album “Redoubt” is based off a song and lyrics of the same name. The song has the bands signature melodic punk rock sound.

“We basically took it from the lyrics of one of the songs. It’s just a single word. But I think it can be taken a couple of ways, which is cool,” Sam Williams said.

The new album can be streamed or purchased online. However, it is limited to 500 physical vinyl copies on either blue, red, or yellow vinyl.

“In the current era, where music has become so devalued and the format is so impersonal (just a title on a computer screen, pretty much), vinyl gives music a physical and symbolic weight that it no longer has. It’s a nostalgic throwback to the good ol’ days of music enjoyment when searching for or ordering music was more of an adventure. And honestly, more fun. It also helps that it’s something that has to be bought with actual money. Which, again, adds to the emotional value of the thing in a time when everyone seems to think music should be everywhere for free. Not only is that detrimental to the artist. It also makes music less important to people. I love that vinyl inherently goes against that mentality,” Sam Williams disclosed.

Another terrific song off the new Down By Law album is called “For Your Eyes Only”. The guitar work on the song has a surfy vibe to it.

“I, personally, like For Your Eyes Only, best. It’s another example of us doing what we have been doing much of, lately. Which is trying new things. This song has kind of a surf guitar approach,” Sam William stated.

“I wrote it, played guitar on it, and sang it. It’s unique for Down By Law in that it’s played on a baritone guitar. The lyrics are about relentless internet trolls,” Sam Williams explained.

Austrian artist Stefan Beham did the artwork for the new Down by Law album. Punk fans might recognize the artist because he has also done work for Sum 41, The Offspring, and The Lillingtons.

“That was put together by Tino, the main man at Pine Hill. I think it looks great,” Sam Williams replied.

Down By Law have been a band for 30 years. “It means that we are persistent”, said Sam Williams with a smile. The band was signed to Epitaph Records and appeared on some of the early Punk O’ Rama albums. Fan favorite song “Gruesome Gary” appeared on the 1996 album “All Scratched Up” and on Punk O’ Rama Volume 2. Down By Law also contributed a song on the Fat Wreck Chords compilation “Short Music For Short People” which featured bands like NOFX, The Offspring, Pennywise, and Bad Religion – all bands they toured with around that time.

“My fondest memories are the peak of that entire scene, popularity-wise. Everything was going great for everyone. There was a great sense of optimism in the air,” Sam Williams recalled.

Down by Law are looking forward to playing Canada once again.

We can’t wait to play in Canada, again. And eat lots of poutine,” Sam Williams concluded.

Pre-order the new Down By Law album and get exclusive package deals at PineHillRecords.com.