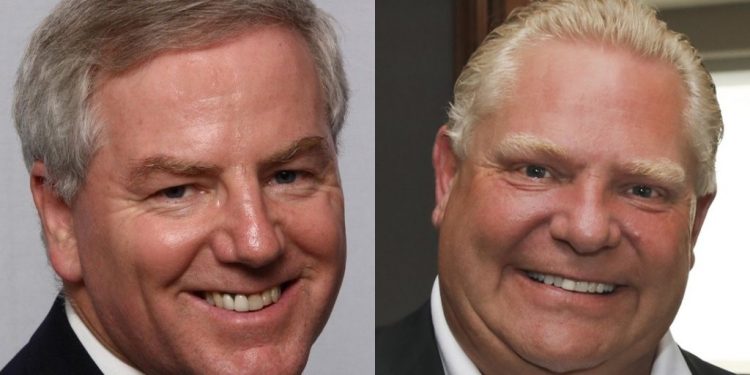 We met last May at the provincial debates in our riding of SDSG. At the time we had a conversation about the funding for the Ontario Autism Program, and what the Progressive Conservative party had planned to do. I would like to sit down and discuss policy with you. Currently, the Conservative Government is throwing 23,000 families in Ontario into crisis. Let’s sit down together and discuss a plan moving forward. I truly do believe we can move forward together, not just for my son, but for all the autistic children in the SD&G area.

I personally have a unique view, as I was at the top of the Ontario Autism Program waiting list about to receive total funding for my child’s therapy. On January 28th, 2019, I took part in the round table discussion in Ottawa with Minister Lisa MacLeod. She said she was consulting us on a way forward. Within a week and a half, February 6, 2019, she released this plan. There is no way that in a week and a half a plan like this was devised. Parents feel like pawns in her game, not listened to, and she has used our words incorrectly, taking them out of context completely. She had us attend so she could say that she has done her consultations. I can assure you every single parent at that round table did not want anybody in service to be taken out of service. That was very clear from every single parent.

Under the Liberal government, when autism was suspected in a child, they were put on a waitlist to get a diagnosis. (To be noted if you have money, you can pay to have it done sooner and not sit on this waitlist. Costing you anywhere from $1000 – $2000 cash.) Once you received the diagnosis, you were put onto your regional provider’s waitlist, for our area that would be CHEO, and you sat on a waitlist until there was available space for you. You waited your turn. You could pay privately to be seen faster if you could afford to do so. (Costing anywhere from $40,000-$90,000 per year.) If you were unable to foot that bill, you waited until a spot became available. And then you were funded until your child didn’t need any more therapy. Your child could be discharged, and put back on the waiting list for service again when they were ready to go back.

The private providers, that you could pay for privately out-of-pocket, also have their own waitlists.

The major problem with this was that there are not enough service providers for the number of children that require one on one service. That’s why there was a waitlist, that’s what we were waiting for: Providers. We all got in line for either a provider or funding for a provider.

There may be 23,000 children needing one on one therapy, but the problem is there is nowhere near that amount in service providers. So we all got in line and waited for our turn.

Minister MacLeod and Premier Ford put a hold on the admissions to the Autism Program, causing the waitlist to balloon. This caused the waitlist numbers to skyrocket. So it looks like there were more children waiting for service than there actually was or would’ve been had admissions not been paused indefinitely in September.

Minister MacLeod has taken the funding that funds 8000 children in the Ontario autism program and divided among 23,000 children putting in a sliding income scale and age-based, meaning every child gets insufficient funding.

What will happen with this, a small amount of funding, is the children will regress. They will receive the funding for the small amount of therapy, then suffer major regressions, as continuity and established routine is key for success. This funding model will be causing the child and therapist to start from the beginning, every single round of therapy. Meaning, you are wasting the taxpayer’s money doing it this way, and not making any significant changes for the child at hand. It would be more cost efficient, for the taxpayer, to fund the full treatment, as needed, per child. Otherwise, that small fraction of funding will go directly to waste.

Right now, our children need a hand up, or they will forever be getting handouts from the Ontario Government.

Our children could become contributing members of society, and pay taxes. What the Ford government has done is fast-tracked 23,000 children into getting handouts for the rest of their lives.

If we continue in the direction that this administration is going, these children will never pay taxes, they will be on ODSP for the rest of their lives. And perhaps even in jail. (Which your taxes pay for.) The intensive behaviour treatment that they receive as children would prevent the future catastrophic drain on society.

With the funding model that the Ontario Ford Government introduced on February 6, 2019, the centers that provide treatment for these children cannot afford to stay open as funding has been cut. The pennies that the government is giving to parents will not pay for treatment, so these providers cannot keep providing care to our children.

So parents still can’t afford to pay for therapy for their child, and now the few providers (that we were all waiting for) have started giving the notice to lay off staff, as they can’t afford to keep their doors open.

Did you know there is a sliding scale? The more money you make, the less funding you get.

You are remortgaging the house. Or better yet, you do nothing, because you can’t afford to do it. In a few short years, your child ends up in jail or in a group home for the rest of their lives because you couldn’t afford the cost of the health care costs of your child. Your family has gone into crisis and is now bankrupt.

This is a therapy that has been provided through the Liberal Government. It was certainly not perfect, but at least it worked as a system. This new system does not work and needs to be looked at again.

This is going to cost the taxpayers more in a few short years, than anything that you could provide for these children now.

As of April 1st, These children who are not capable or ready to be in school are being shoved into the classroom. Many of these children are nonverbal, not potty trained, and not able to sit down during class time.

This is also a safety risk. Are we going to wait until children start dying? Being injured in school because there is not adequate care?

I still believe we can work together to move forward. It is never too late to do the right thing.

I implore you, Mr. Jim McDonell, please reach out to me for a meeting. I would love to discuss a better way forward for all of us and all of Ontario.

The Biggest Consumer Show in Eastern Ontario is Back!