by Editorial Board
in News and Announcements
Reading Time: 2 mins read
32 3 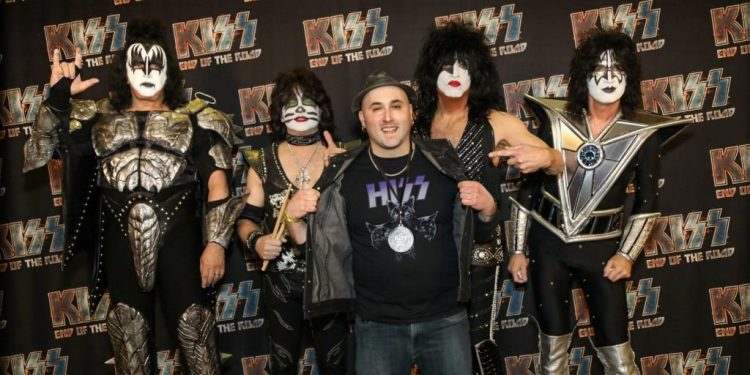 Article by Ryan Theoret | Special to The Seeker

Ottawa, Ontario – On Wednesday, April 3rd, rock icons Kiss rolled into Ottawa during a stop on their End Of The Road tour. Fans of all ages arrived at the Canadian Tire Centre, with many sporting the painted faces the band is famously known for.

This isn’t the first time the hard rock group has been on a so-called farewell tour. The original line up of Gene Simmons, Paul Stanley, Ace Frehley, and Peter Criss played 142 dates back in 2000 to 2001. On this new run, the lineup consists of both Simmons and Stanley with longtime drummer Eric Singer and lead guitarist Tommy Thayer.

In just under 2 hours, the quartet played an electrifying hot set filled with classics and fan favourites. From the opener “Detroit Rock City” to “Shout It Out Loud”, fans were delighted with “I Was Made For Loving You”, “Calling Dr. Love” and “I Love It Loud”. Confetti rained down, beach balls dropped from the rafters and streamers soared through the air as the 20 song set concluded with the classic rock staple “Rock And Roll All Nite”.

The theatrics were truly amazing. Packed with fire and plenty of pyrotechnics, the show was so hot that I am convinced Kiss might actually be the sole cause of global warming.

This isn’t the only way the band has drawn fire. Former tour mates Motley Crue, specifically bassist Nikki Sixx, took claims to social media inciting Kiss has copied their tour production from their very own 2015 farewell. The two bands shared a stage on a 51 date trek back in 2012. Paul Stanley has also taken heat with allegations of lip syncing. After witnessing Stanley handle the majority of the banter in between songs, there is no denying the rough voice of the 67-year-old. Faking it on stage? I don’t think so.

Perhaps it was your first time seeing Kiss, or maybe it was your second time. For some, certainly more than that. Out of the 15,000 fans in attendance, those who wanted the best witnessed a legendary band at the end of their 45-year career giving their best. The rest is Kisstory.