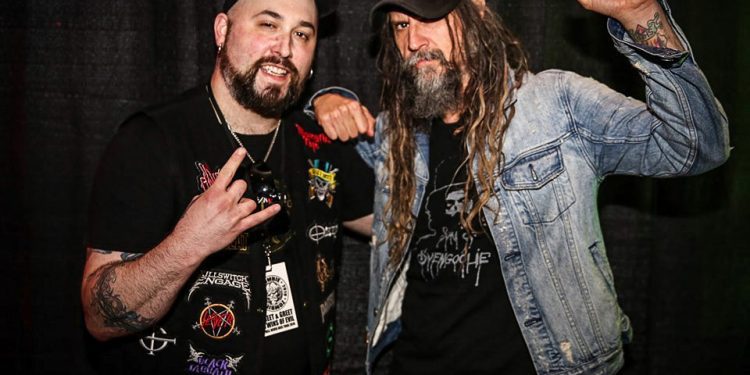 Ottawa Ontario – On August 16th, shock rockers Marilyn Manson and Rob Zombie brought their “Twins Of Evil: Hell Never Dies” tour to the Nation’s Capital. This isn’t the first time the duo has paired. The co-headlining show saw its inaugural run in 2012, followed by “The Second Coming” in 2018.

Toronto rockers Palaye Royale opened the evening with a short but energetic set, hyping the early attendees for the main acts.

At 8:45 pm, Manson emerged before the screaming crowd complete with face paint and his signature black trench coat. The veteran rocker who terrified the parents of teenagers in the ’90s made sure to wow the crowd with some of his biggest hits. From “The Dope Show” to “The Beautiful People”, it was his cover of the Eurythmics’ “Sweet Dreams (Are Made Of This)” that saw the arena illuminated as fans held their cell phone flashlights high.

Soon after, Rob Zombie took to a vibrantly lit stage full of LED lights and screens. Giant colourful balloons descended upon the band three songs in and were punched and kicked over the audience, getting the party started. Fans threw their horns and rocked out to the hit songs “Living Dead Girl”, “Superbeast” and the show’s closer “Dragula”. However, it was the White Zombie classics “More Human Than Human” and “Thunder Kiss ’65” that garnered the largest reactions.

Born Robert Bartleh Cummings, Zombie co-founded his previous band White Zombie in 1985 before going solo and focusing his time on directing horror films. The night’s set was rounded out by two covers, including The Beatles’ “Helter Skelter” which was accompanied by on-screen footage of the Manson Family cult.

Whether it was Marilyn Manson as he burned a bible or the twenty-foot monsters dancing around Rob Zombie, the thousands of fans who were summoned to the Canadian Tire Centre on a Friday night were subjected to a delightful evening of shock, rock, horror, and theatrics. Who says rock is dead?

Get on the St. Lawrence County (US) Barn Quilt Bus Tour September 14