No, we don’t want to talk about it, but here are 5 reasons why cremation is a better option

by Editorial Board
in News and Announcements
Reading Time: 3 mins read
38 1 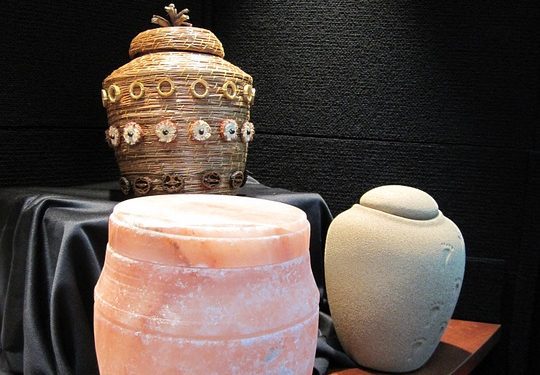 Saying our final farewells to our loved ones is never easy. But then comes an even harder choice to make, where do we put them to rest? As people keep on passing away every day on the limited amount of earth we have, it’s becoming harder to find enough land to bury everyone. But finding enough land is not the only issue with burials; millions of tons of natural resources go to waste every year, only to be buried in the ground. Harmful chemicals are used in the embalming process, leaking to the surrounding land and polluting our precious earth.

Taking into consideration all of the hassles that go into normal burial, many have wondered and looked into other options. All of these factors point to why cremation is a greener option when compared to traditional burials. More people are starting to favor the idea of keeping the ashes of their loved ones in cremation urns instead of burying them, with as much as over 50% of whole nation populations shifting to the ritual.

But why exactly is cremation becoming more popular with people? Here are five reasons why.

Some might say that burning flesh is bound to produce a lot of CO2 emissions, so how exactly does cremation reduce the carbon footprint? While it’s true that CO2 is emitted in the traditional cremation process, today there’s an even more eco-friendly cremation process known as bio-cremation, which reduces the emissions to insignificant levels. But even with traditional cremation, the process is much more eco-friendly than burying. The manufacture of one casket alone produces at least 4 times as much CO2 when compared to that from cremation.

2.    Protecting the Land from Harmful Chemicals

Before burying the bodies, they’re normally treated with huge amounts of embalming fluid. One of the constituents of this fluid is formaldehyde, which is a very dangerous carcinogenic substance; little amounts of formaldehyde can cause irritation of the eyes and skin, and bigger amounts can result in death.  With thousands of gallons of embalming fluid being buried every year in cemeteries, formaldehyde, and other harmful chemicals slowly leak out of the decomposing bodies and into the surrounding land. What’s even worse is that these huge amounts are usually buried in a small area of land in the cemeteries. In the long run, this is bound to cause a disastrous effect on the trees, plants, and land affected by those chemicals. None of these harmful chemicals come with the option of cremation.

3.    Offering an Alternative to Land

Death is the natural course of every life, but the fact remains that we live on a limited space of land and it’s not going to expand any time soon. Every time a piece of land is filled up with a casket, its place is reserved forever and can’t be used again for burial. As we’ve mentioned in the previous point, even the surrounding land is affected negatively. Treating the cremated ashes into a cremation urn solves that problem. There are many options to make the urns even greener, but there are other ways to treat the ashes. Some prefer to keep it safe, others prefer to scatter them over memorable places according to the wishes of the deceased.

4.    Keeping the Reserve of Natural Resources

Even if we’re not talking about expenses, the amount of natural resources used up every year only to get buried in the soil is huge. Millions of tons of reinforced concrete, and thousands of tons of steel, copper, and bronze. Caskets need to be made, and guess where all of that wood comes from? Even more than the elements used is offering more land to the increased demands of over-population.

Some people refuse to accept the idea of cremation due to religious beliefs and cultural traditions, but even that is starting to change among the Catholics, Jews, and other religions. Most of those who turn to cremation find it a better alternative as it’s simpler and more flexible, much more cost and time-efficient, and offers a personalized farewell that differs from one person to another.

7 Reasons Why You Should Shift to Natural Gas