by Editorial Board
in News and Announcements
Reading Time: 8 mins read
78 5 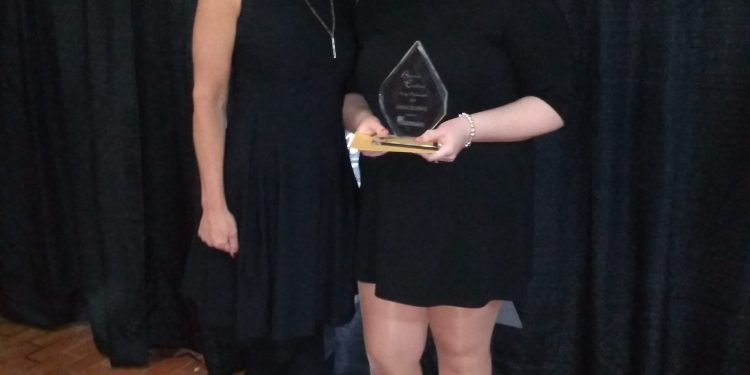 Over 220 attendees celebrated nine businesses and this year’s Citizen of the Year during the 2020 Cornwall Chamber of Commerce annual Business Excellence Awards Gala held on February 22nd at the Cornwall Civic Complex.

“This year’s business winners are a reflection of the strength and diversity of the Cornwall business community,” said the Chamber’s president Shannon Lebrun. “Terry Muir is an example to us all and is representative of Cornwall’s generous spirit,” Lebrun said of the 2020 Citizen of the Year winner.
This year’s winners are as follows:

Citizen of the Year – Terry Muir

Terry Muir enriches his community through his numerous volunteer activities. Never one to spend time in the spotlight, he launched the Cornwall Ribfest and served as chair of both the Cornwall Santa Claus Parade and the Children’s Christmas Basket Fund. His involvement in other events over the past seven years has brought joy to many.

He is a recipient of the Governor General’s Sovereign’s Medal for Volunteers, he has been named Optimist of the Year, received the 2018 Seekers Choice Award volunteer of the year, and has volunteered on several boards, clubs and agencies. He is always there for his family and friends. Although he is the busiest man many people will encounter, he always makes time for the people he cares about.

Terry is always ready to help a friend in need or volunteer for a great cause or even to simply lend a listening ear when somebody needs to talk. He rarely says no to a worthy project and always jumps at the opportunity to make the community better while maintaining wonderful family values and taking care of loved ones.

Cornwall’s Downtown Business Improvement Area (DBIA) is looking for entrepreneurs that wish to kickstart an exciting career as a small business owner – and wants to help them get started. As part of its WIN THIS SPACE initiative the DBIA will choose up to 25 candidates, one of whom will win $1,000 a month for an entire year to cover rent/lease payments after setting up a business downtown.

The DBIA realizes starting a business is difficult work. It’s a risk and involves plenty of blood, sweat and tears to turn a great idea into a profitable enterprise. That’s why it has partnered with the Cornwall Business Enterprise Centre to offer classes that will arm finalists with knowledge on how to build a business plan, market their business and navigate the complicated water of establishing a new business. And the best part is – it’s all free. Candidates are pared down to five finalists who will present their business ideas to a panel of local judges representing the DBIA who will choose a winner in a Dragon’s Den-type event that is broadcast by Your TV.

Glengarry Fine Cheese is situated on the farm of Margaret Peters-Morris’ family ancestral lands in the corner of South Glengarry Township on the shores of the St. Lawrence River. The land which is farmed by the Peters family is providing the quality hay, grass and grains which the Holstein herd
is fed each year. The dairy is across the road from the cheese factory, the milk that goes in the quality artisan cheese begins at the family farm.

Margaret began making cheese from the farm milk back in the early 1990’s. We are of Dutch heritage therefore, gouda was always the number one choice of cheese to be made. The overall love of cheese in our family propelled Margaret’s interest to add more varieties to the repertoire with trips abroad to learn more about farmstead Cheesemaking and eventually developing recipes that are the basis of the types produced in the plant today. To have an artisan plant was Margaret’s dream and is now her life’s vocation, to be on a farm making cheese in the county where she grew up.
It has received awards for its Fen Slab, Lankaaster – Gouda Style, Celtic Blue and Lankaaster Cumin Flavoured, in a variety of categories.

Business of the Year – Cornwall Nissan

Established in 2002, Cornwall NISSAN has grown to become a premier NISSAN auto dealer in the Eastern Ontario region. Throughout its tenure, it has strived to include the best possible customer service with top-notch repair/maintenance work and comprehensive new and used car, truck, minivan and SUV inventories.

Cornwall NISSAN was founded in 2002 by Ayman Gabriel. Based in CORNWALL, Cornwall NISSAN has
continued to expand as it now serves all of the Eastern Ontario area with new and used 2019 and 2020 NISSAN automobiles, trucks and commercial vehicles.
Over the years, Cornwall NISSAN has grown in its current location, and now offers a state-of-the-art showroom, Parts & Service Centres and a Finance Department.

Leclerc Group, a North American leader in the snack food manufacturing industry, has established a new production plant in Cornwall, Ontario, with plans to hire dozens of employees.
Leclerc, a thriving family company, manufactures cookies, snack bars and crackers for distribution to more than thirty countries all over the world.

Leclerc Group has continually invested in its Canadian facilities, (two in Saint-Augustin-de-Desmaures QC and one in Hawkesbury ON), with state‑of‑the‑art production equipment. While these three plants are destined for growth in the near future, ongoing company success warranted the purchase of a 160,000 sq.ft. building in the Cornwall Business Park.

This future production site will be high-tech and devoted to some of the niche products Leclerc proudly prepares for its clientele.

Entrepreneur of the Year – Fairy Sweet

Downtown Cornwall has become a little bit sweeter with the opening of Fairy Sweet gourmet bakery.
Fairy Sweet is a popular chocolatier by catering to the sweet tooth desires of residents and visitors alike. The bakery makes a wide range of chocolates, cookies and cheesecakes. Customer favourites include turtle bars, peanut butter cups, Parisian macarons and organic maple butter. They even offer a peanut-free peanut butter cup for those with allergies.

Baked goods can be purchased individually or in pre-made gift bags. A wide range of espresso is also available. The two-time Seekers Choice Award winning small business was started in 2013 as a home-based operation. The new storefront represents a major evolution of the business and was facilitated by winning last year’s Win this Space competition.

Riley’s Bakery has been a staple of downtown Cornwall for decades. While as a bakery they are known for freshbaked bread, cookies, cakes, pies and other treats, it’s their work at the lunch-hour that has created a Cornwall legend. Massive sandwiches with fist-sized fresh cut meats and cheeses, as well as homemade soups and salads, means you can skip supper.

Riley’s European Bakery is a Cornwall institution that has been around since 1905.

People flock to the little bakery on Pitt Street every day at lunchtime for a sandwich, or one of the many other delicious goods on offer, ranging from the humble doughnut to the elegant cannoli.
In its time, Riley’s has been owned by three different families, but the current owners, Rob and Ana Curran, who also were Seekers Choice Award Winners. recently reached their 30th anniversary running the bakery.

Hosted on the grounds of the NAV Centre overlooking the St. Lawrence River, the Beer, Bourbon, BBQ and Blues Festival gives attendees a chance to try incredible drinks from 22 craft brewers and 11 distillers, along with mouthwatering barbecue creations.

Paul Deslauriers, acknowledged as one of the very best blues guitarists in North America, brought his awardwinning band to the Beer, Bourbon, BBQ and Blues Festival last year. Deslauriers headlined a jam-packed day that paired a fantastic array of food and beverage with top-notch live music.

Craft Breweries including Cornwall’s own Rurban Brewery, along with Humble Beginnings from Ingleside, Wood Brothers from Glengarry, Cassel Brewing from Casselman and Beau’s from Vankleek Hill were on tap.

A new clinic has opened up in the historic Cotton Mill district, and it has quickly established a large and loyal customer base. Services and treatments at Cotton Mill Rehab are entirely one-on-one. Clients spend the entirety of their session with the health care provider, who can then offer personalized and private care. Team members have advanced training in numerous techniques, including pelvic floor physiotherapy, concussion therapy, treatment for vertigo, acupuncture, graston, the Webster technique, cupping, therapeutic taping, custom orthotics, running and gait analysis, functional movement screens, and more.

The team at Cotton Mill Rehab has strong connections to Cornwall, with three members having attended Holy Trinity Catholic Secondary School at the same time.

The owners of Fresh Co – Jordan and Chris O’Brien seem to not have the word no as part of their vocabulary.

Sports teams, schools, and community groups have come to rely on the generous community spirit to help with fund raising. Rarely is there a weekend end in the summer when they have not made their store front available for groups to run a BBQ fundraiser. They actively seek out groups to ensure the opportunity to raise money in front of their busy store does not go unused. Often, they have taken food off their shelves to help groups that have run out of food.

Jordan and Chris are true ambassadors of the Above and Beyond Award.