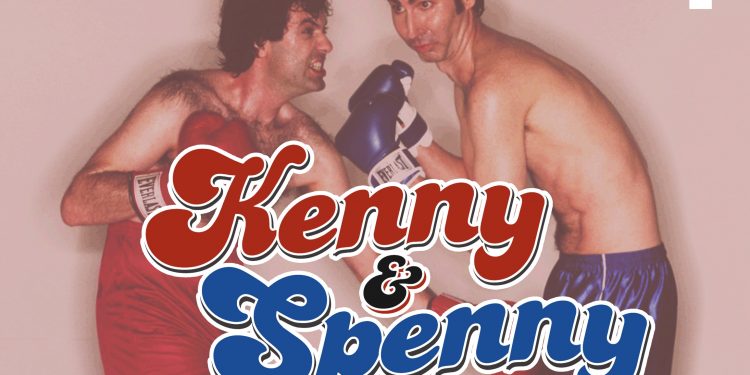 Cornwall, Ontario – Comedy fans can rejoice because the actors of Kenny vs. Spenny will be performing live in Cornwall at the Port Theatre on March 26th.

Kenny vs. Spenny was a Gemini Award-nominated Canadian television show that originally aired on MTV, then the USA Network, later CBC, and finally Showcase and Comedy Central. The show stars Kenny Hotz and Spencer Rice, two frenemies that compete in various competitions, in which the loser must perform an act of humiliation selected by the winner.

When Kenny Hotz started his career, he was a photojournalist and filmmaker. He never had dreams or aspirations of becoming a comedian and actor.

“I never wanted to be on camera or thought I could be, but after we made our feature ‘pitch’ we watched audiences around the globe laugh at our misfortunes. So, I figured, might as well abuse Spenny on the screen! People like it, and it worked,” said Kenny with a chuckle.

Recently, Kenny Hotz dabbled in journalism again, working with Vice on a documentary during the 2016 US election.

“I prefer doing solo docs, but it’s so much work. I care too much about the shit I do, so it would kill me if I did something shitty,” Hotz said.

“I’m way better without Spenny, but it’s much harder to do, also if I didn’t help him, his kids would starve, he’s basically a hobo without me,” Kenny replied.

According to Kenny, his relationship on camera with Spenny is authentic and the same as off-camera.

What was Kenny’s favourite episode of Kenny vs. Spenny, and what was his favourite humiliation after a competition?

“I love almost all of the episodes. Who can Blow the Biggest Fart, Who can Eat more Meat, Who can stay Naked the longest? They are all gold. My favorite humiliation is “Single White Spenny.” He’s way better at humiliating himself them I am,” Kenny added.

In addition to Kenny vs. Spenny, Kenny Hotz wrote for South Park.

“South Park was insane to work on. I love those guys, and I basically lived with Matt (Stone) for ages. I miss those days, but I’ll live an extra 20 years because I left Los Angeles,” Kenny noted.

What would Kenny like to say to fans in advance of the Cornwall event?

“I love you, Spenny hates you… (and fans) can expect to lose their hard-earned money,” Kenny answered.

After the comedy tour, what is next for Kenny Hotz?

The Diamond Mine Agency presents the brand-new Kenny & Spenny Comedy Show live in Cornwall, Ontario, at the Port Theatre on Thursday, March 26th, 2020. Doors are at 7 pm, the show starts at 8 pm, and the event is 16+. Tickets are $30 each. Tickets are available at Ticketscene.ca, Eventbrite.ca, and at the Port Theatre located at 132 Montreal Road.