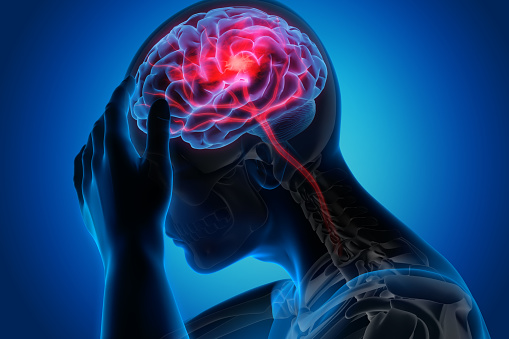 Most of us deal with some sort of stress on a daily basis. That’s the cost we have to pay for living in the modern and fast-paced world of today. However, stress is something even the cavemen have to face and the human body is generally properly equipped to handle this kind of pressure.

However, not all people are the same, and not all of them will have the same response to difficult situations. Also, the effects stress has on us will depend on its intensity. If it’s something you have been dealing with for a long time, the possibility of experiencing serious consequences is significantly higher.

Let’s see how severe the effects stress has on your nervous system.

The nervous system is complex and as such is divided into several segments. The central division encompasses the brain and spinal cord while the peripheral division consists of the autonomic and somatic nervous systems. When it comes to our response to stress, the autonomic segment (ANS) has a major role. It consists of sympathetic (SNS) and parasympathetic (PNS) systems.

The well-known fight or flight reactions happen due to SNS. When we find ourselves in dangerous situations, some of us are ready to face the enemy while others are trying to run from the threat. The SNS will react by sending signals to the adrenal glands to release adrenaline and cortisol.

These hormones will affect different parts of your body. They are the cause of a faster heartbeat, increased respiration rate, dilation of blood vessels in arms and legs, a change in a digestive process, and a higher glucose level in your bloodstream. All this happens so you could react in an adequate way and protect yourself.

Although this type of reaction was totally understandable back in the past when we were living in poorly protected households and dealing with wild animals and other threats on a daily basis, in today’s world this response can seem often as exaggerated. After all, most of us are under stress due to work-related or family matters. Not to belittle those problems, but they are not life-threatening. Or at least they shouldn’t be. But if you harbor a huge amount of stress, over time there is a good possibility it will weaken your health considerably.

If you’re dealing with anxiety and high pressure continuously, it can cause long-term damages to your body. The main reason this type of stress is so harmful is the hormone called cortisol. Differently from adrenalin, cortisol will be circulating through your body all day long.

Although good for quick reactions in dangerous situations, the prolonged presence of this hormone can seriously weaken your immune system. It also increases the risk of having a stroke or heart attack. Rising blood sugar levels can cause inflammation of artery walls, which can lead to grave or even fatal health problems down the line.

Aside from these, cortisol can also affect your brain by killing its cells in the hippocampus and causing premature aging of this very important organ. This hormone will travel to the brain, connect to the receptors inside neurons, and encourage them to accept calcium in amounts greater than needed. As experts from neuropathyreliefguide.com state, nerves regulate many important functions and once damaged can prevent us from doing the simplest of things. The overload on calcium can lead to that. It will make neurons fire up too frequently and die off.

In 2012, a Yale University study was able to connect the chronic stress and depression with the reduction of brain volume. Something like this can result in inferior cognition and emotional function. It can also stop the creation of new neurons, making the repair even more difficult.

Differently from chronic, this type of stress is sometimes even described as beneficial to your brain performance. Adrenaline and norepinephrine are the hormones responsible for our immediate reactions to circumstances we perceive as a threat. However, they do not linger in our bodies after that situation has ended. They return to their normal levels and as such, they do not cause long-term effects on our health.

We cannot eliminate stress from our lives, but we can learn to deal better with pressure and anxiety. Things like a good night’s sleep and physical activities can help you tremendously in fighting off these effects. When we are tired our bodies as well as our minds become more reactive. Re-energizing during the night and day will make our reactions more suitable. A walk around the neighborhood before bed will also have a beneficial influence on your health.