by Editorial Board
in News and Announcements
Reading Time: 2 mins read
61 1 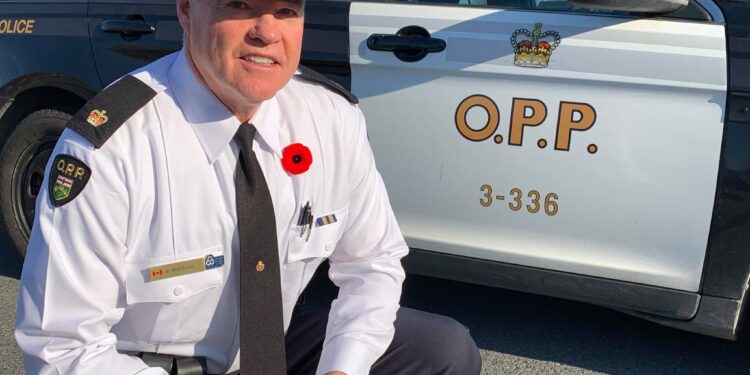 THE COUNTY, Ontario – When Insp. Mike Mulhearn put his first OPP uniform on, in 1987, he already had one person in his corner.

“From day one I was very fortunate to have a coach officer, his name was Joe Dupuis, and he started me off in a really good direction,” said Mulhearn, who will be retiring later this year following a career that is steeped in SDG. “His job was to take young officers and teach them about policing. But he was more than that. He got me involved in the community and meeting people.”

Mulhearn’s 33 years with the OPP includes stops at the Lancaster detachment and Long Sault. He progressed through the ranks and was even acting chief of the Alexandria police detachment for a short time. He now serves as the detachment commander for the entire County.

“I always wanted to be a police officer. The diversity of the province at that time, and even still today, means you have a wide variety of places to go, and things to do, when you get into policing – and that was the draw for me,” he said. “I’ll never forget the fine people I worked with, and served, over my career.”

“Insp. Mulhearn dedicated his professional life to being an honest and forthright police officer who maintains the respect of the officers under his command, and the community that he serves,” said Prevost. “We will miss his professionalism and dedication to duty and wish him all the best in his retirement.”

All About ABA Therapy