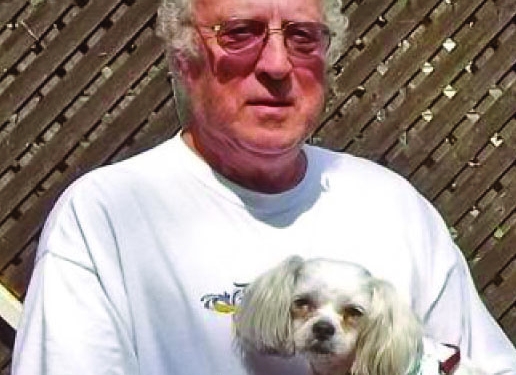 “At a Writers meeting one of the challenges had us write a story about a show-and-tell object from our past. When it came to Roger Sauvé’s turn, he produced a blast from the past from Expo ’67 and being a child of the 60s all I could say was ‘Wow'”.

Raised near and around the tiny hamlet of Fassifern, Ontario, Roger Sauvé is a Glengarrian through and through. His father Adélard was an open minded person who instilled in his children the great vastness of the human experience, promising them a good life through common sense and a hard day’s work.

As an entrepreneur, Adélard was once a buckwheat husker, a miner, a metal scrap dealer and a farmer raising hogs and cattle. He once took over a failing registered herd and turned it over for fun and profit. On top of all that, he ran a small country store before starting his own real estate business, working hard into old age.

From the bones of a nurturing generation, Roger learned a good sense of himself by working on the farm while dreaming of a higher education of which his dad did not have. Even though Adélard didn’t know how to skate, it didn’t stop him from building an outdoor rink for all the neighbors to enjoy. Strung with two light bulbs the glowing emotions of all he held dear, shone a rich luminosity into those cold winter nights.

Roger’s mother Rosabelle was the mirror image of her husband. One of 17 children, her greatest joy in life was being together with her family. Rosabelle had a beautiful, playful smile and saw everyone as equals, loving everyone the same. A great cook, her homemade donuts are still talked about with the recipe passed down to the next generation of mothers, daughters and sons.

When Roger chose to pursue a career in economics at the University of Ottawa his father had to sell a few cattle to pay his tuition. Feeling his father’s sacrifice, Roger learned the value of being thankful.

Whether showing Holsteins at county fairs or receiving a schoolboy’s lowly allowance while making choices on how to spend it… Roger realized the basis to a good life.

With his parents help and blessing Roger’s sense of self, shifted under the guidance of Professor OJ (Jack) Firestone. Very much like his own father, Jack Firestone challenged Roger to think for himself to form his own opinions. Although a tough instructor, Firestone was Roger’s mentor while completing his thesis.

Encouraged to become the commissioner of publications at University, a perk saw Roger receive a free press-pass to Expo ’67. Getting in the side door of all the exhibits was pretty cool for a junior economics major, along with free beer and snacks. This was living.

In a career spanning over 40 years, Roger has served as an economist and demographer for such corporations as Imperial Oil, the CIBC, the Vanier Institute of the Family, International Nickel (INCO) plus private consulting. Following in his father’s stead of being open to change, Roger has enjoyed a bird’s eye view of living in over 16 picturesque locations across Canada, as well as authoring over 70 works listed in over 162 library publications from 1985 through 2004. When Roger turned 50 he wanted to do something different and bought himself a small 250 cc motorcycle and travelled over 12,000 kilometers across Canada and the US in just 33 days. Like the two men before him, Roger has remained active through the decades by attending several writing and spiritual workshops headed by such authors as Sharon Butala and Natalie Goldberg. Roger’s Joie de Vivre is the dream of the steadfast. It’s especially important in times like these that we surround ourselves with a harvest of loyalty and friendship. Holding special honor towards those in need makes Roger one of the best persons to know. When he invites us around the table sharing his adventures we are all there with him – along with some really good cake.

Roger’s journey inspires those who have called him brother, father, grandpa and friend. An often visited sacred place while travelling through the seasons is Batchawana Bay in northern On-tarry-arry-arry-oh, where a stone of roundest oval came up and found the authors hand. An artisan smoothed away a crevasse for a simple leather tie and like a totem is worn nearest to the heart of this man, and his world.

I would love to get feedback from my stories. Please email me at [email protected]