IRISH CORNWALL – a “Blast from the Past” 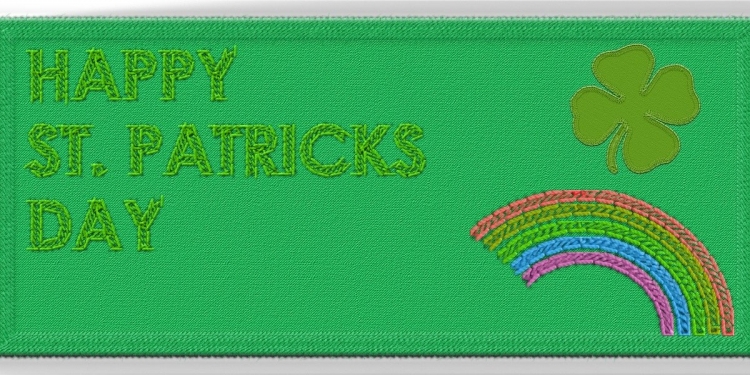 Here is a bit of history about Irish Cornwall brought to you today, on St. Patrick’s Day, by Ian Bowering.

At the risk of displaying too much Irish Blarney, I am going to suggest that Cornwall owes its very existence to the Irish. Cornwall’s founder and Loyalist leader Sir John Johnson (photo left Courtesy, PAC-2847) was of Irish descent through his father Sir William Johnson of County Meath. Johnson was supported by prominent Loyalist Captain Samuel Anderson of the King’s Royal Regiment of New York, who could trace his ancestry to County Antrim. Similarly the influential Pringle family also claimed Irish heritage.

Curiously much of our Irish heritage has been submerged, due in part to it being intertwined with the Loyalist story. It was “hidden” a second time when many of the names were changed by French Canadian Catholic priests , who unable to make-out Gaelic, recorded Allaire when the person’s name was O’Leary, or Aubry when it was O’Brennan, or Sylvain when it was Sullivan, and incredibly Riel when it was O’Reilly, to list just a few examples.

After the Loyalist Irish, the second and largest group of Irish immigrants arrived in Cornwall to work on the Cornwall Canal between 1834 and 1843. Arriving in decisive numbers they raised the settlement’s population from 812 to over 1,000 in short order. At the height of the Canal’s construction there were said to be thousands of Irish families settled along the banks of the St. Lawrence.

To tend to the needs of this influx of Catholic labourers and their families, Father James Bennett became St. Columban’s first permanent priest in 1834, five years after the Parish was founded. Immediately inundated with work, Bennett baptized 78 children, conducted eight marriages and presided over six burials in his first year.

Along with seeing to the Parishioner’s spiritual needs“… he did not hesitate to charge his horse into the midst of unruly and drunk canallers with whip in hand. ”The disturbance over, he would enter the tavern where his fellow countrymen were drinking and ‘expel’ the miscreants “through the windows and doors.”

Once the Canal was complete many of the workers moved on. Some settled along the Black River, just south of Harrison’s Corners in sufficient numbers for the area to be dubbed Ireland. Enough remained in Cornwall to make them Cornwall’s third largest group after Americans, according to the 1851 Census. Twenty years later 30 per cent of the Town’s population still claimed Irish heritage.

The Irish have played a pivotal role in Cornwall’s history being able to claim Peggy O’Sullivan Bruce, Eastern Ontario’s “Laura Secord, ” and Doctor, soldier and politician Darby Bergin. To name just two amongst the numerous clergy, lawyers, politicians and business people from the past.

For many of us the Irish are associated with St. Patrick’s Day, when millions of people across the world become “Irish” for the day by consuming 13 million pints of Guinness Stout, or 819 per cent more than is consumed on an average day.

First brewed in Dublin 1759, drinking a pint of Guinness was originally an act of defiance against the British as it is brewed with excise free unmalted roasted barley, thereby depriving the British of tax revenues on every pint downed.

I had the fortune of being in Ireland on St. Patrick’s Day, and can assure you that while everyone is decked out in green, no self-respecting Irishman or woman desecrates the day by drinking their beer green. Slainte!

Header Image by skylarvision from Pixabay