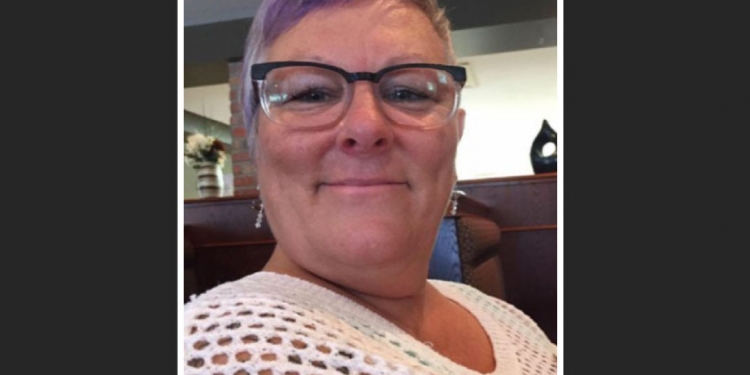 Here is the Story from Lisa Gray for the March 2021 Issue of the Cornwall Seeker – Enjoy!

“A number of years ago I started doing a lot of self-care. Through the recommendations of friends, I was blessed with some of the kindest, most genuine of spirit professionals to ever embrace my circle. Anyone who has suffered the ravaging effects of chronic pain knows that euphoric feeling of hope, once their higher power delivers them to ‘their people'”.

The Age of Aquarius

In 2016 a couple who were very much in love, took a once in a lifetime trip to the Yucatan Peninsula in Mexico. Fascinated by the stark contrast of poverty against the explosive colors and natural heritage of its coastlines, the couple were one to count their blessings.

The two had met at a work convention 17 years previously, when the woman moved across the room – a sea of people parted – And.There.He.Was. Chatting the afternoon away in coffee houses and meeting rooms, Huguette Boulerice became entranced with Pierre Bélanger. Theirs was a slow, gentle courtship balanced on introspective work and mutual respect. It would be two years before they would marry amongst the many hands of well tended gardens.

The oldest of three children, Huguette was born and raised in Hull, Quebec. Holding fast to her city-girl/tom-boy image, she’s been a fierce protector of the underdog all of her life.

Huguette’s mother Lucienne, was brought up at a time when the church ruled the family. Knowing what she didn’t want at such an age is remarkable for the times, so when Lucienne was old enough to follow her destiny, she moved to Hull and became a teacher.

Huguette’s father Raoul, worked side-by-side with his own father at Canada Bread when it was located at the corner of Ninth and Pitt Streets, in Cornwall, Ontario. When his dad moved to Hull, he helped Raoul get a transfer to the Ottawa location where he lived the company’s values of seeking the integrity of everyone he knew.

As a teenager, Huguette was rebellious. She lived on the wild side and even though her father saw it happening he didn’t scold her. Even when fear was her only motivator, Raoul was supportive – offering praise, love and patience and yes – he even got her out of trouble a couple of times because of his mentoring abilities. Neighbourhood kids treated him as one of their peers for his knack of bringing people together for a quick game of soccer or baseball.

Out shopping with her mother one day, Huguette casually mentioned how nice those designer jeans looked on the mannequin. Her mom’s reply may have been common for the era but its effect was deep rooted when Huguette started earning her own money babysitting. Her youthful dreams were soon realized and more, because the kids absolutely loved her young-at-heart attitude.

Being bright in both mind and spirit, Huguette had worked for the federal government for 27 years, when at age 53, she and Pierre moved to Long Sault, Ontario and got busy planting their garden.

Sharing the same astrological sign, Huguette and Pierre hold a great sense of responsibility in everything they put their hands to. And so we look at those two Aquarians in their little house in the country whose clear paths have lead to lifetime friendships, and we put them together of all places but the Mayan Riviera, where you have to ask yourself about coincidence.

As the Mayan communities of ancient times believed in this age that we find ourselves in, where humanity takes control of its rightful destiny and how it would coincide with Huguette’s family suffering a devastating loss just one year after that tropical vacation, while she attended an appointment at her massage therapists office.

In the truth of revelation, Huguette found the courage to give up her job security and look into the feasibility of becoming a certified reflexologist back in Cornwall, where it all began. When her friend Brandon offered to share his work space, everything went tickety-boo. Despite some old childhood fears, Huguette’s enlightenment cast down from heaven in the memories of her brothers Luc and Michel. Driven by an energy of doing the next right thing, Huguette put her faith into the circle of healing energy.

A woman of the 70s generation, Huguette built her business of Fancy Feet Reflexology from the ground up through life’s examples of role models and mentors. With an open door policy of listening and respectability, her friends and clients feel the universe in her healing hands. Like a big sister to everyone she knows, Huguette’s warmth and strength gives people confidence. You don’t need a diploma for that. Sharing her own deep truths while being true to herself is the real constant of this Aquarian, to which the swirling energy of the universe turns its face to smile with joy upon us all.

Agree to Disagree: Putting your anger in the right place