Agree to Disagree: Putting your anger in the right place 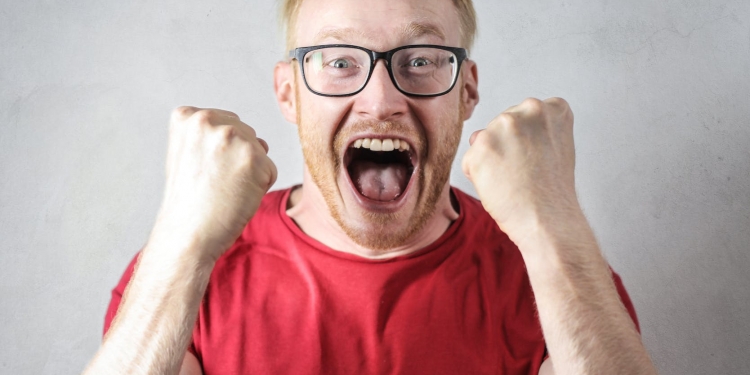 We all do it. Something in our lives isn’t going well. We’ve received bad news and we’re upset, irritated, and while interacting with a person, be it a cashier, a coworker or especially a family member, we snap. We put all of our anger on that person. We treat them with disrespect, blame them for the world not being what it should be, put them down in a demeaning way, making them feel like crap.

As we sit on the edge of yet another lockdown, a total shutdown even, I’ve seen several people commenting to the effect that our government is just plain ridiculous for even contemplating this option. People are tired and struggling. Even those who once stood firm behind our government’s decisions and actions are now calling for the masses to stand up and revolt. Even those who believe in science seem to now doubt the logic behind said science. “Enough is enough!”, “This is insane!”, “This is a communist state!” are but a few of the things I’ve seen.

But back to scapegoating.

Displaced aggression is aggressive behavior that can’t be aimed at the person or thing that provoked the anger and is instead taken out on the easiest victim, in this case, the government.

We are not going in shutdown because the government loves to keep you hostage and close down your businesses. And we’re certainly not here because Ford and Trudeau are just itching to give away billions of dollars in stimulus packages. We’re here because we, the people, refuse to follow simple rules.

Did the government make mistakes? Sure it did! Does it keep making mistakes? Of course! Just look at the vaccine rollout! A lot doesn’t seem to make sense, but this is a first for everyone. When it comes to lockdowns, however, the only mistake they made was to not be stricter in the first place. And why weren’t they? Because of US. Because they knew people would totally lose their marbles if they imposed something like they did in China or New Zealand. So they opted for half measures. So here we are. Again.

Do they really have a choice? Covid is spreading faster than ever, the prominent variants are deadlier and they affect younger people. Our local ICU numbers have never been so high, and our rolling average is through the roof. What else are they supposed to do?

You want this to be the last lockdown? Then stop. Stop doing everything you’re doing and hunker down, FOR REAL. It’s four weeks. Don’t go out unless essential, don’t meet up with your friends, and wear a mask. Don’t give this virus a place to go. This much is clear and hasn’t changed; the virus doesn’t move, we move the virus.

We have to stop being selfish. If we don’t do it for ourselves, let’s do it for all the small business owners in our community who have to go through this over and over and over. Do it for the nurses who have to go into work with this threat, every day. Do it for the contact tracers who can’t keep up with the workload as the cases increase and face potential abuse with every call they make. They are victims of displaced aggression too!

And for the love of God, get vaccinated!