by Editorial Board
in News and Announcements
Reading Time: 2 mins read
38 2 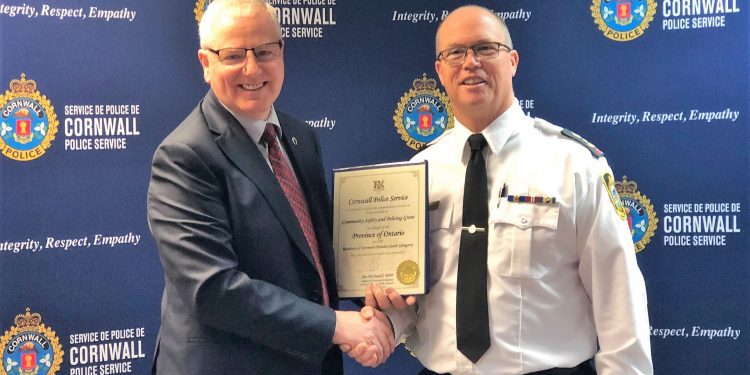 Cornwall, ON – After more than 40 years with the Cornwall Police Service (CPS), Chief of Police Danny Aikman has announced he is retiring.

The announcement came at the May 6, 2021 Cornwall Police Services Board meeting, at which time the Board accepted Chief Aikman’s retirement letter.

Chief Aikman began his policing career with the Cornwall Police Service on January 1, 1981 and with over 40 years of service, Chief Aikman is the longest serving member of the CPS.

Throughout his career, Chief Aikman has held a number of key positions within CPS and also served as a seconded instructor at the Ontario Police College. Major accomplishments during his career include the development of the CPS Youth Services Unit in order to assist “at risk” youth in our community. This unit has contributed to a 46% reduction in youth crime since 2005.

Chief Aikman was invested as a Member of the Order of Merit of Police Forces in 2011 by the Governor General in recognition of his accomplishments in policing. He has been awarded the Police Exemplary Service Medal for forty years of service and in 2012 was awarded the Queen’s Diamond Jubilee Medal.

“I am proud of what I have achieved in nearly 41 years of policing, all with the Cornwall Police Service,” said Chief Aikman. “I have enjoyed an incredibly diverse career, serving in Patrol, Criminal Investigations, Training, Intelligence and Executive Services. I have seen and done things I would have never imagined when I first walked into 340 Pitt St. in the spring of 1980.”

“I believe the strategic direction we’ve undertaken is the future for a modern, forward thinking police service,” he adds. “Focusing on community partnerships, employee wellness and equity, diversity & inclusivity will allow CPS to continue to provide outstanding public safety in pursuit of a safer Cornwall.”

Chief Aikman will remain with the service until later in 2021 when his successor is named.

The CPS would like to thank Chief Aikman for his many years of dedicated service to our community. We wish him a very happy and healthy retirement.

Canada As A Medical Tourist Destination: What You need To Know