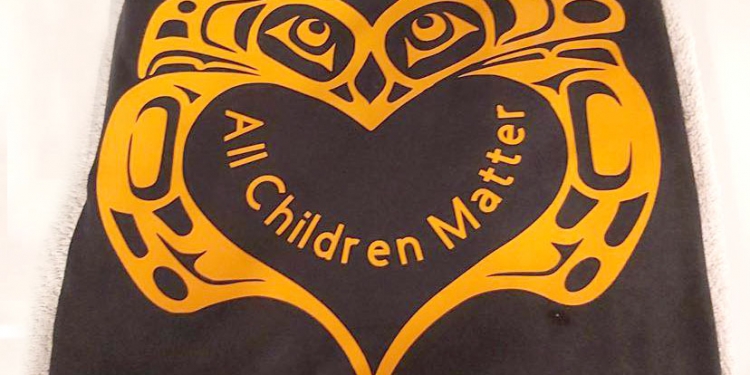 This past Monday (June 7th) on the “Monday Morning Motivation Show” our guest was Tara Francis who was the organizer behind the successful “215 Steps” Memorial walk that took place on Saturday June 5th. The walk was to honour the 215 children whose remains were found at the Indian Residential School in Kamloops, BC. It was also to honour all survivors of the Residential Schools as well as those who attended and have passed. These were schools were children as young as 3 were forcibly taken to try and make them forget their native heritage, their language and even their real names which were replaced with numbers once they got to the school.

Listen to the show here:

The schools were funded by the Canadian Government’s Department of Indian Affairs and ran by Churches. Sadly these schools were created to remove native children from the influence of their own culture and to teach them the dominant Canadian culture – pretty well trying to “kill the Indian in the child”. Many children were physically and mentally abused and now there are many who are struggling to get on with their lives, trying to forget the negative memories from these schools.

Tara just discovered that she is the Great Granddaughter of one of the people who attended the Indian Residential Schools. Her brother who is just a year and a bit older than her actually attended the day schools where the children got to come home to their families at night.

She told us that this is just the beginning of many remains that will be found. Having studied about these schools she knows what went on there and is very happy that there was a large turnout for the 215 Steps walk which started at St. Columban’s Church where Georgina Lazore (who has close family members who attended the school in Kamloops) had set up a Memorial for the children. Georgina talked of her ties to the school and how they wanted to give these children a proper farewell so they had a 10 day memorial for them as the native tradition is to have a 10 Day Death Feast for the people who have passed. The peaceful walk ended at the boat dock near the RCAF with the completion of the St. Columban’s Church bells chiming 215 times and with everyone placing a white flower in the water in memory of the children.

The discovery of these remains deeply shocked everyone but on Monday’s show we talked about what is the next step. Spreading awareness, even though the last school closed in 1996 the fact is that a lot of children suffered at these places and a lot of parents still don’t know what happened to their children who didn’t return home.

Tara is spearheading a Fundraiser where she says “you can purchase a T-shirt (like the one shown above) and instead of 215 that was worn at the walk, the wording has been changed to “all children matter” to signify the importance of all the children who never made it home. Not just the ones from Kamloops BC or Brandon Manitoba.”

She continued ” There are many more schools out there that need to be searched and more remains to be found so our onkwehknwe of Canada can have their healing journeys started. The picture posted above is the T-shirt that will be sold. Mine is in black with orange detailing but we can do orange with black detailing to support the orange shirt day initiative as well. Thank you Sophie for making these shirts.”

I will be starting a preorder list with size and colour. Here are the available sizes and prices:

Email transfers can be sent to: [email protected] and please include in the memo or message section your name, and the amount of shirts you are purchasing with the sizes and colour. A receipt will also be given for your purchase and in the memo it will state receipt for donation to the Mohawk Institute Indian Residential School restoration process.

The T-shirt fundraiser proceeds will be sent to the Mohawk Institute Indian Residential School in Brantford for their restoration project. This location is now a museum and they want to reopen and continue educating people on the school and what went on there with tours for the public.