by Editorial Board
in News and Announcements
Reading Time: 2 mins read
27 0 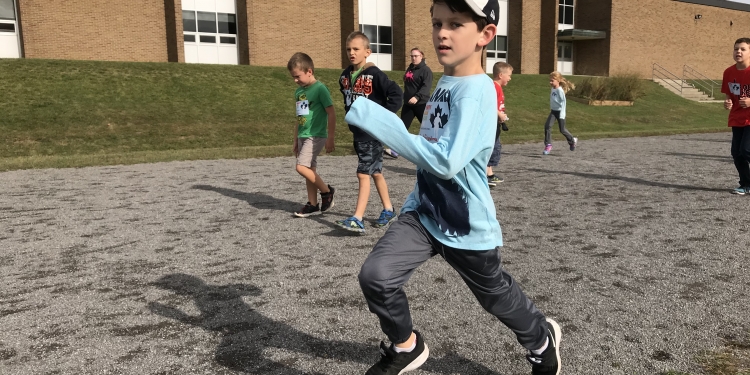 (Brockville, Ontario) – Upper Canada District School Board (UCDSB) schools continue to give back to meaningful causes, and most recently hit a major fundraising milestone with the Terry Fox Foundation.

Earlier this spring, the UCDSB received a letter of thanks from the Terry Fox Foundation, outlining that since the school district first started to take part in the annual Terry Fox Run fundraiser, the UCDSB has collectively donated $1.5 million to the cause.

“The generosity of your family of schools has shown us is remarkable and we are so grateful for the leadership of your board in encouraging philanthropy,” wrote Lisa Armstrong, School Program Manager for the Terry Fox Foundation.

The Terry Fox Run has remained a staple event at UCDSB schools since it first launched four decades ago. Even the pandemic didn’t stop schools from continuing the annual tradition. Last year alone, the UCDSB schools raised $23,455.35 for the Terry Fox Foundation.

“Like Terry, your family of schools showed resilience and compassion this year in the midst of the COVID-19 pandemic,” said Armstrong. “The schools in your region persevered through the hardships of starting a very different school year and found creative and safe ways for their students and staff to participate in The Terry Fox School Run.”

Each year, two UCDSB schools – one elementary and one secondary – are honoured with the Ted Kennedy Legacy Award for raising the most amount of money per student for the Terry Fox Run. This past year, Laggan Public School and Char-Lan District High School were the school recipients.

“We’re so proud of our schools’ continuing dedication towards the fight against cancer,” says UCDSB Chair John McAllister. “Their continued support has generated a lasting legacy that honours Terry Fox and the message he gave that still resonates with all of us – anything’s possible if you try.”

The UCDSB was presented with a Milestone Plaque by the Terry Fox Foundation, which is now displayed at the Brockville board office.

Header Photo Caption: Schools from across the UCDSB have continued the Terry Fox Run tradition over the past four decades which had led to the school board raising $1.5 million for the Terry Fox Foundation. Submitted photo.

The Chesterfields rocked Arts in the Park