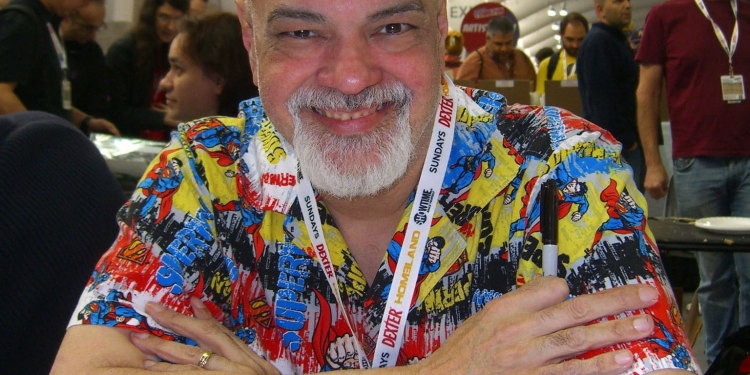 Well known comics creator George Pérez has announced Tuesday via his Facebook page that he has been diagnosed with Stage 3 pancreatic cancer. The cancer is surgically inoperable. He was given six to twelve months to live.

The news hit the comic book community hard, and waves of sadness were felt all the way to Fantasy Realm, here in Cornwall.

“All I can say that when I was a teenager reading comic books in the mid 70s, George Perez was one of the up and coming creators that made you take notice of the detail of his artwork,” said Randy Sauve, owner of the 36 year old downtown landmark store, and co-founder of CAPE. “Some of my favourite Avengers comics from Marvel were the issues that he drew and when he signed his exclusive 10 year contract with DC Comics in the early 80s, being a Marvel fan it was sad to see him leave, but he co-created the New Teen Titans with writer Marv Wolfman and launched one of DC’s top selling comics at that time. His artwork on JLA/Avengers co-produced by Marvel and DC is stunning. He’s Carol’s favourite comic creator and we got to meet him in Ottawa back in 2013.”

Pérez has worked on comics published by Marvel, DC, and other companies and is known for his detailed and realistic artistry. Some of his most acclaimed contributions are Infinity Gauntlet, Crisis on Infinite Earths and White Tiger. He also was nominated and won several awards.