TAKE NOTE: SICK by Earl Sweatshirt and From a Bird’s Eye View by Cordae 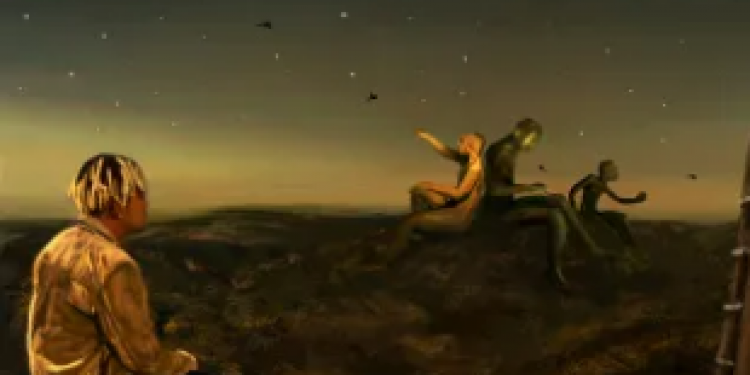 Hello fellow music-heads! This month I’ve decided to review two of the earliest front-runners for hip-hop album of the year: “SICK!” by Earl Sweatshirt, and “From a Bird’s Eye View” by Cordae. While these albums are both flawed, they’re also both good projects overall and will deserve consideration for rap album of the year in 2022.

Cordae – From a Bird’s Eye View

Cordae, after releasing his incredible soul-rap debut album “The Lost Boy”, and leaving the rap group YBN, has generated a lot of hype around the release of his second studio album, “From a Bird’s Eye View.” Since the beginning, he’s been pushing the idea that he’s different from all the other rappers from this generation; he’s a lyrically gifted artist who can still modernize his sound.

While in this latest project, I still believe this to be true, I think to a certain extent he sold out. “The Lost Boy” was such a fantastic project because it was consistent and set a clear theme of a young, hungry rapper out for glory. “From a Bird’s Eye View” feels like a far too early victory lap.

On the first single,“Super”, as well as in other songs throughout the LP, Cordae brags about his success and riches, which just doesn’t feel right given the circumstances. He released one good project and is treating the second one like he’s an established veteran rapper. Losing his hunger and passion means that he lost what made his first album so good; it means that this album just feels lazy.

On the contrary, there is a half-baked, semi-established theme throughout the record. In the opener,“Shiloh’s Intro”, Cordae’s childhood friend raps about his incarceration, violence, and their childhood struggles over a prison phone, ending it by saying that Cordae can better discuss these issues “from a bird’s eye view,” setting up what should’ve been a promising album.

In the songs where Cordae deals with this topic, such as“Jean-Michel”, “Momma’s Hood”, or “Westlake High”, the album is very genuine and enjoyable. These songs are reminiscent of modern rap legends such as J. Cole or Kendrick Lamar, but still maintain Cordae’s signature conscious soul-rap sound.

The problem is that this just isn’t most of the album. 75% of the album are shallow trap songs like“Today”, or extremely generic conscious rap such as “C Carter.” These are songs that don’t fit in with the set theme of the album. As I’ve said before, there’s no problem with basic trap anthems. But with Cordae’s big talk about being the saviour of rap since 2019, I’d just like to see more unique music that separates him from the crowd.

“From a Bird’s Eye View” is a very enjoyable album. Most of the songs are fun, and Cordae maintains his lyrical talent over the rest of his generation. But that’s about it. He doesn’t do anything to separate himself from the rest of the hip-hop industry. Cordae still displays his immense potential at times during this album, but the project was a definite step-down from “The Lost Boy”. 3.5/5

The second artist I’ll be reviewing today is a much more established rapper, former “Odd Future” member Earl Sweatshirt. Being more established in the rap game, he doesn’t have the same necessity to prove himself that Cordae has. Despite this, “SICK!” can be underwhelming at times.

As a big fan of abstract/experimental rap, I just feel as though this album leaves a lot to be desired throughout. While being 24 minutes long means that the record is an easy listen, it also means that it doesn’t have a long enough run time to have heavy emotional significance. On top of this, even in just 24 minutes, the album quickly grows stale.

What really saves the record for me is the fact that Earl is just too talented a lyricist to conceive a truly bad project. The beats are fun and reminiscent of experimental rap greats like MF DOOM, the features were clearly carefully selected and only add to the songs as opposed to hindering them, and Earl’s lyricism is just consistently strong.

This album tries a little too hard to be profound at times, but looking past that, it’s a fun, short victory lap from an already established artist. It has a few hard-hitting emotionally impactful songs such as “2010” or “Fire in the Hole”, and the entire project just an example of Earl Sweatshirt being unable to put out a bad body of work. Fun album, short run time, I’d definitely suggest giving “SICK!” by Earl Sweatshirt at least one listen. 3.5/5

How can we use 'Rentola' to view rental properties?