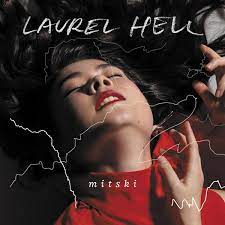 Hello fellow music-heads! I’ve always been into Mitski’s music. I’m a big indie/alternative music fan, and so naturally I’d be into the music of one of the most acclaimed indie artists of this decade.

On an unrelated note, I’ve always been intrigued by the goofy antics and indie-pop music of Oliver Tree. What these artists both have in common is that this month, they’ve both released heavily experimental projects that see them trying very new things with very new influences. And while their stories are entirely different, I am equally intrigued with both. Let’s review!

Oliver tree is one of the most eccentric figures in music right now. Between his weird interview personality and the wild way he dresses and presents himself, a large part of the Oliver Tree brand is being a comedic figure. I feel as though this was put too much at the forefront of this project, and the music itself was not focused on nearly enough.

During the project, Tree enunciates words strangely in an attempt at being comical, just one example of the artist prioritizing the comedy over the music. Within the album, it’s obvious that Tree cared more about being funny than making good music. If you’re anything like me, this leaves a sour taste in your mouth and makes the music harder to enjoy.

Throughout the duration of the 34-minute LP, it becomes glaringly apparent that Tree was either not giving this album his all, or that doesn’t have much talent in terms of making original music. At the start of the album, I was actually very optimistic about the direction it was going in. Sure, the lyrics were corny and the production was simple, but the music was pretty enjoyable.

After track three, I understood the gist of the record. Very simple production and repetitive instrumentals. The songs alone may be enjoyable, but altogether in an album, they get old and stale very quickly. Some songs I feel were just straight up reusing melodies from older Oliver Tree songs. An example of this are the songs “Suitcase Full of Cash” and “Balloon Boy”, which have nearly identical vocal melodies to his 2020 songs “Hurt” and “Life Goes On” , respectively.

This album lacks originality, and while enjoyable at times, it is mostly stale and boring. It’s clear that Tree knows how to make catchy hooks, but until he makes unique catchy hooks, he’s stuck in mediocre artist purgatory. 2/5

I’m a huge Mitski fan. I love indie rock, and “Be the Cowboy” was one of my favourite albums of the 2010s. Naturally, when I heard about this new wave/synthpop record that she was releasing, I was intrigued, excited and anxious. I know that when artists try new things, they’re often unfairly crucified. I also know that they’re sometimes fairly crucified.

This was certainly a mixed bag. A lot of the songs such as“Everyone” lack basic song structure which pretty greatly sacrifices the album’s synergy and flow. On the contrary, tracks like“Stay Soft” and “The Only Heartbreaker” feature clearer song structure and catchy choruses. The tracklist, as well as other more nuanced aspects of the LP, is really a hit-or-miss thing.

The production on some of the songs seems lazy and very generic, whereas on other songs, the production is a highlight and a perfect balance between fresh experimentalism and Mitski’s signature sound.

One thing that I think was consistently good throughout the project was Mitski’s deep-cutting lyrics and sincere storytelling. We see this on full effect in the song “Working for the Knife”, a song about being forced to work with or for opposing forces in your life.

This beautiful and consistent lyricism paired with the mostly authentic and heart striking vocals, makes for a very solid album theme and dynamic. While the experimentalism can be hard on the ears at times, those times are few and far between.The other occurrences, occurrences of sincere emotion, could make a grown man cry. And those occurrences are far more plentiful. Mitski is clearly a generationally talented songwriter, and yet another example that an artist trying a new thing isn’t inherently bad. 4/5