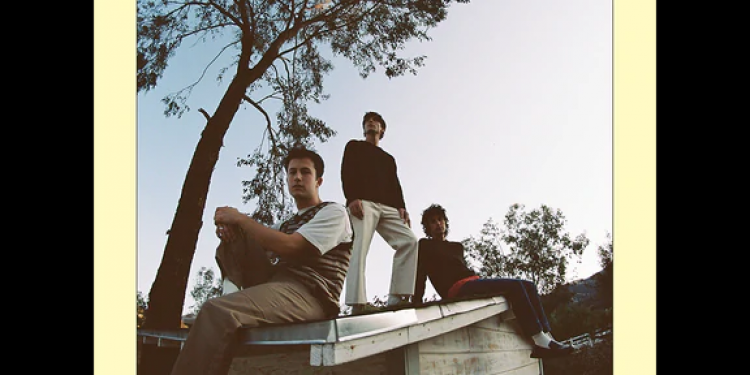 Hello fellow music-heads! It is rare that I only review one project in my articles, as I like to diversify and talk about as much music as possible. But because this month featured a near-perfect project and pretty much nothing else too notable, I’m only reviewing one album in this article: Indie-pop band Wallows’ second LP, “Tell Me That It’s Over”.

A big criticism with Wallows’ debut LP, “Nothing Happens,” was that it was far too generic and not experimental enough. While I’ve never been one to knock music for not being experimental, I do think that experimentation breeds innovation and can elevate music to a higher level; “Tell Me That It’s Over” is elevated music.

Between the Neutral Milk Hotel inspired distorted flutes, indie-folk/grunge fusions, and non-traditional instruments used throughout the project in songs such as“I don’t Want to Talk”,I’m shocked at how well such a young band is at using sounds from many different influences.

The most impressive part about this experimentation is that Wallows perfectly maintained their signature sound. Despite some of the songs drawing influence from completely adjacent genres, it is still clear with the guitar distortion, poppy melodies, and soft vocals that this is an indie-pop project. In this way, Wallows is able to retain their appeal while evolving their music to something greater.

Throughout the album, the vocals alternate between the voices of Dylan Minette and Braeden Lemasters, who are two incredibly talented but contrasting vocalists. This is just another way in which the album has a special uniqueness. The clash between Dylan’s energetic vocals and Braeden’s melancholic voice means there’s never a stale moment.

One of the only issues I have with the album, which can actually be attributed to a strong-point, is that the drums are often forgettable and bland. Because of the melodic explosions combining vocals and a variety of instruments, and the consistently catchy hooks, the percussion often seems lacklustre.

By mixing experimentation and the signature Wallows sound, the band brilliantly sticks to their roots while also delegitimizing any issues people may have had with their debut project. At times, the young band can seem like they don’t know what direction they’re going, but overall, Wallows’ ambitious creativity pays off to the effect of creating a beautiful genre-bending project. Whatever direction it is that they’re going, one thing is certain: the band is well on their way to legend status in the indie-pop scene. 4.5/5

4 Tips to Choosing an Airport Parking Service in Toronto