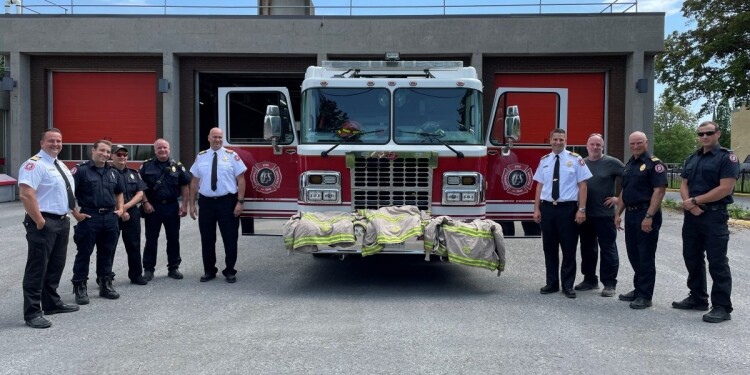 The Cornwall Fire Service recently donated more than 30 bunker suits to Firefighters Without Borders. These will be distributed to impoverished countries in the near future.

According to Deputy Fire Chief Matt Stephenson, the decision to donate the bunker gear was an easy one. That’s because Ontario regulation dictates that bunker gear such as the one donated, only has a lifespan of 10 years.

“Instead of throwing it out, we’d much rather donate it to fire service departments in other countries who may need it,” he said. “The equipment is still fully functional. We’re just required to get rid of it.”

The bunker gear was just a start however — the service will continue to look for opportunities to donate equipment to Firefighters Without Borders.

“This is something that we really want to do more and more of,” said Stephenson.

“What a great opportunity for the City of Cornwall to give back to firefighters working hard in their communities in impoverished areas to work safe and have the ability to have protective equipment,” said Chief Jeff Weber.

Firefighters Without Borders is a non-profit organization based in Ontario, Canada. They provide training and equipment donations to communities throughout Canada and in countries all around the world.