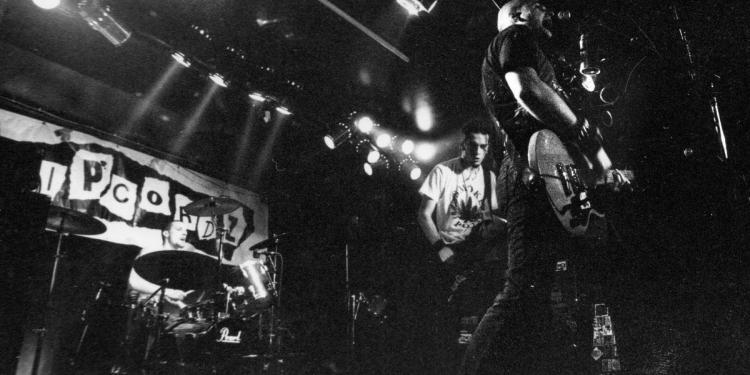 Cornwall, Ontario – The sound of punk music is returning to Cornwall on Friday, July 8th, 2022, with a stellar concert. Dayglo, Ripcordz, and Hellbent are playing at the White Knucklerz RC Club at 527 A Pitt Street in Cornwall, Ontario.

Ripcordz founder Paul Gott spoke with The Seeker magazine for an interview before the show.

The Montreal punk band, founded in 1980, has released 16 full-length albums (plus numerous EPs), toured cross-Canada 13 times, and played about 3000 shows in 42 years.

The lineup for the Cornwall gig will consist of Paul Gott (vocals, guitar), François Demers (drums), and Danny Laflamme (bass). This lineup is reminiscent of the 1992 Ripcordz.

“Ripcordz are more a collective than a band, and as people get busy, we invite old band members back,” Ripcordz founder Paul Gott explains.

Ripcordz last full-length album, “Don’t Buy the First Album, Jerk-Wad, Get This One!”, was recorded with Robert Martins at Studio Hot Biscuit. Paul Gott explains the recording process for the band.

“We have a (somewhat) unique recording process. For our last album, we had 19 songs and recorded all the tracks in 2.5 hours on a Saturday. We recorded the bass, guitar, and drums together, added three more guitar tracks to give it a fuller sound, and then recorded the vocals. Then we started the mix late on Sunday. We practice the set repeatedly and then play the set in the studio. If someone fucks up, they must buy the rest of the band members a beer. With the whole getting older part, I will take breaks in between when recording the vocals. When recording off the floor, we hope to capture that live sound perfectly, but mistakes sometimes happen, and it becomes a part of the album. That’s why, sometimes, weird things happen with the lyrics,” Gott elaborated.

Ripcordz commenced their more recent full-length album with the song “Not Dead Yet.” Unlike Crass, who wrote “Punk is Dead,” Paul Gott sees longevity in punk. Notwithstanding this, both during and long before the pandemic, people in the Montreal scene, the Cornwall scene, and scenes across Canada have passed away.

“The song “Not Dead Yet” has an ironic title referring to the punk scene not being dead yet some 40 years later. But yes, we have loss many people over the years. We used to dedicate albums to friends who died, whether over-dose or suicide. However, it became too common, even in the late 90s, too many deaths, and it was depressing,” Gott lamented.

A sense of community is crucial for the punk rock scene, and Paul Gott is always ready to lend a helping hand.

“We try to be positive, talk to everyone who loves punk rock, and make sure they are a part of the scene. The comradery is important; we encourage a community and people to talk to each other in their scene and across the Canadian punk scene. From my experience, whether it’s helping do the cover art for a compilation or giving advice to a band going into the studio, punk is more than music; it’s a social community,” Gott said.

Former Dead Kennedy’s lead singer Jello Biafra has an aphorism: “Don’t hate the media, become the media.” Paul Gott worked as a news producer for the CBC. He teaches journalism at Concordia University and is a producer at MAtv for a newsmagazine called CityLife. Paul Gott sees the value and importance of people in the punk community working in various fields.

“Anarchy is an ideal, but we tend to acknowledge reality; capitalism is what we live with. Let’s get more punks into different fields. I’d rather a punk rocker cooking my food or running a television station than someone else. When I was at CBC, if we could get punks working as camera people or researchers, it’s great; it’s something that should be encouraged,” Gott stated.

Ripcordz and Dayglo have been among Canada’s most iconic punk bands over the past 40 years. Although their paths crossed many times, they only played their first show together about 20 years ago.

“I’ve met many of my punk rock heroes as a musician and journalist. We played our first show with them about twenty years ago, but our paths crossed many times before that. I went to their shows; their members went to our shows. Around 2001-2002, they had a show in Quebec City, and we offered to play for a hundred bucks, just to play together, and it was a ton of fun. They are a nice band to hang out with. However, I tend to like to play with younger bands. I don’t just want to play to fifty-year-old’s; I like to play to teenagers and people in their 20s who are discovering our music or perhaps already know us. Recently, we played a show in Ottawa with two younger bands, which was amazing. Some of the older punks at the show saw the younger bands play, and the younger bands’ friends saw us play. Playing for younger fans doesn’t make me feel so old,” Gott said with a chuckle.

The last time Ripcordz played Cornwall was about 14 years ago.

“It’s been a while since we played Cornwall. The last time we were there, we played with a Misfits cover band. We love playing shows in smaller communities. Some of the best shows are played in small towns,” Gott concluded.

South Paw Booking presents the Dayglo Abortions “Hate Speech” album release tour. The show on July 8th in Cornwall is being promoted locally by Drop Dead Thread. Doors open at 6:30 pm, and the show starts at 7 pm. Tickets are $20 in advance and $25 at the door. Tickets are available online via Eventbrite or in person at Brunch at Pitt and this coming week at Bud’s Records and Kool Things.

ONTARIO GARDENS GET $10,000 IN ‘GREEN’ TO ‘GET GROWING’ COMMUNITY GARDENS STEADFASTLY SUPPORTED BY LOCAL INSURER FOR SECOND YEAR