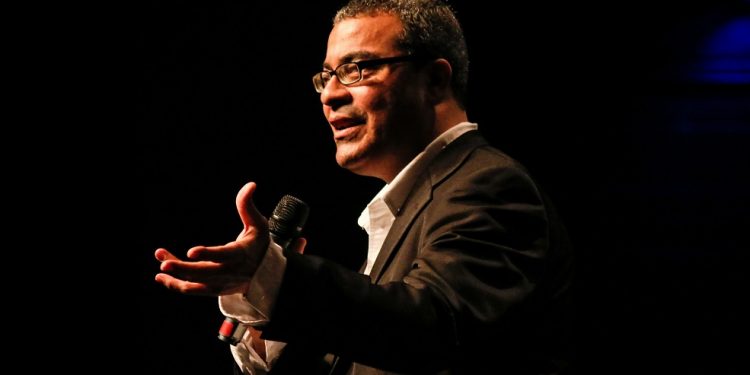 Cornwall, Ontario – Tom Green fans might recognize the name Wafik Nasralla. This past September Tom Green headlined two sold out shows in Cornwall, and the consensus from the audience was that the opener was incredible.

Wafik Nasralla returns to Cornwall to headline the Seaway Valley Theatre. “I love playing Cornwall, the audience gets it” Says Wafik. When Wafik was asked about the two shows with Tom Green he respondedm “Amazing man, but the thing is we played that theatre together and there’s just a vibe from being in the theater. Maybe it’s a bigger vibe because it is Tom Green.”

Even if you were at the show, Wafik explains you won’t have the same experience. “There will be 40 minutes more material but they will see the 15 minutes that made my opening set so strong: A different command of the stage, a savvy that comes from being the headliner. A different kind of fun.”

The show also features two performers that were born and raised in Cornwall but moved to bigger cities to pursue their comedy: Matt Carter and Jacy Lafontaine. Both have played big stages and festivals across North America including Just for Laughs.

Show is hosted by Mark Vincent who is no stranger to the big stage as he opened for Kenny be Spenny in early 2022. The opener is local Scott Herrod who is new to standup, but is better known as Scott the Bartender.

Tickets are available on TicketScene and at Clement Barber Shop. The event is on Saturday January 21st at the Seaway Valley Theatre located at 30 Sixth Street East near Giant Tiger. Tickets are only $25 each.