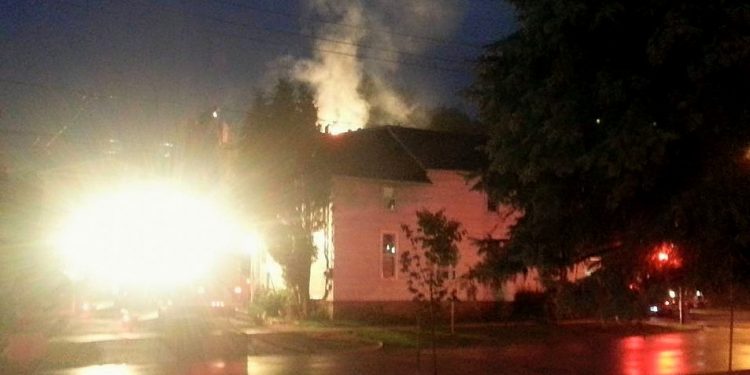 Cornwall Ontario — There was a fire at an apartment building on 240-242 Second Street on the corner of Adolphus at around 4am this morning.

It is being reported that a little cocker spaniel named Jake woke residents up and saved the day when a fire alarm failed to wake anyone up.

“We all made it out okay. Only one apartment was fire damaged I think”, said apartment resident Amber Hagey who lived downstairs from the apartment that caught fire.

Neighbours were woken up and evacuated the building. No one was injured.

The fire department was called and the fire was put out.

It is being reported by people at the scene that this fire was started in the kitchen, but this has not been confirmed by the Fire Department yet.

It is also being reported that residents are being allowed back into the building at approximately 8:30am to retrieve their belongings.

Fire on Second Street. We are being kept away.Street is closed down to traffic.