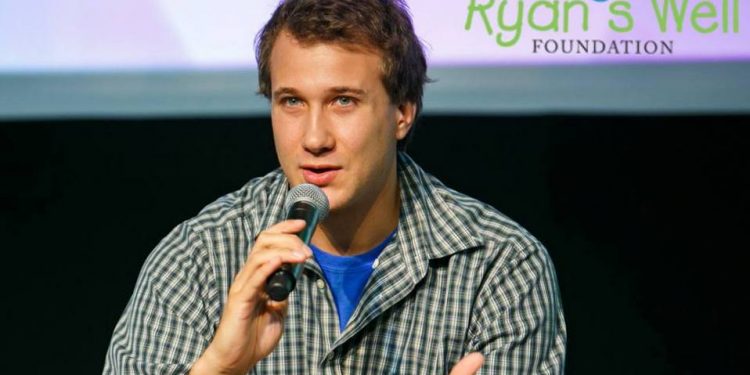 Kemptville Ontario — The Catholic District School Board of Eastern Ontario hosted its annual Just-Us Youth Day, a symposium for more than 210 Grade 10 students from across the Board’s ten secondary schools. The day gives students an opportunity to learn about the good work being done by not-for-profit organizations and individuals committed to social justice initiatives. Each year the presentations are developed around a theme; this year’s theme was “Ignite the Light of Justice,” inspiring students to become informed and act on social justice causes.

Catholic Student Trustee, Thomas Mooney, along with Student Senate members Matthew Dods and Mackenzie Cogley, both from Notre Dame Catholic High School, outlined the specifics of the day to the Board. Students began the morning with a liturgy, followed by a keynote address given by Ryan Hreljac, Assistant Project Manager and founder of The Ryan’s Well Foundation. Ryan shared his personal story of how an ordinary boy accomplished extraordinary things beginning at the young age of 6. Ryan’s humble account of how the Ryan’s Well Foundation was established and built over the last 15 years inspired the young audience.

Catholic Student Trustee, Thomas Mooney reflected, “Ryan is a graduate of our school system.  He spoke to us about his inspiration for building wells, many of his challenges, and how he managed to accomplish all that he has over the last 15 years. By grade three, he had raised over $30,000, which is an incredible accomplishment for someone so young.”

“Ryan has made a tremendous impact on many lives, and he spoke to students to inspire them to ignite the light,” added Ms. Cogley.

Students attended additional workshops in the afternoon, which discussed how they can make a difference in local and global communities. The workshops, which were designed to move students to act on social justice causes, were presented by a wide variety of groups including: Free the Children, India Village Poverty Relief Fund, Development and Peace, and Best Buddies Program, among others.

The day was organized and facilitated at all levels by the Catholic Student Senate and the Department of Religious and Family Life Education. The Senate has representation from all CDSBEO Catholic secondary schools under the leadership of Catholic Student Trustee Thomas Mooney, who also played the role of emcee for the day. The planning and organizing of the event gave the students an opportunity to demonstrate their leadership skills.