A WORLD IN BALANCE 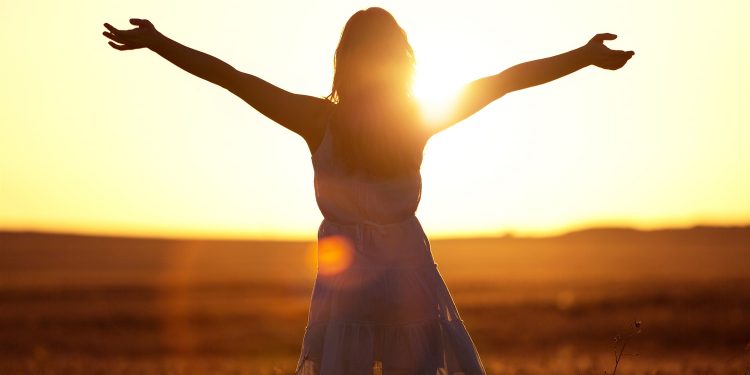 Lately I have been hearing how ill health such as heart problems, cancer, arthritis and other ailments exist because it is a family’s genetic disorder and it runs in the family! Someone I know very well underwent an open-heart operation and she was told that her problem was due to a family history of heart problems.  Since I know the family members she was referring to, and her own habits, I made her realize that:  If you are ill, let not yourself be diagnosed by the illusion that it’s because of genetics!
As we continued to sit together, I got her permission to ask her questions which would prove that if she had a severe heart problem – it was because of her lack of eating discipline and other factors – and – it had nothing to do with her family’s genes.
I asked her: ‘How many years did you smoke: poisonous nicotine and inhaled poisonous carbon dioxide/monoxide from cigarettes?”
She answered: “Many years.”
I asked her to be explicit. “Fifteen years!” she admitted.
Decades before Health Canada started to admit that smoking cigarettes can destroy a person’s health, many independent researchers had already discovered the TRUTH and attempted to inform the people to quit smoking.  They had researched the subject and found out the reasons why in the mid-1950’s and onward men and women were dying from lung cancer, throat cancer, heart diseases.  They had found the causes for these increasing ill healths and the causes were in many cases the nicotine inhaled from cigarettes, plus the carbon monoxide/dioxide, plus the many other laboratory-made compounds (over 3,000).
Yes, they realized that such poisons as cigarettes with their tarnished chemicals and nicotine would cause Individuals to become ill. After all, they, and some of us who are aware of the situation, know that the human body needs to receive (inhale)  OXYGEN — AND NOT CARBON MONOXIDE/DIOXIDE; in addition, upon checking not only dictionaries, but also the pesticide background of NICOTINE … the TRUTH WAS RIGHT THERE:  NICOTINE IS A DEADLY POISON; IT IS OFTEN USED BY THE AGRI-CHEMICAL CORPORATIONS TO KILL INSECTS AND IS ADDED TO INSECTIDES/PESTICIDES AND SPRAYED OVER OUR FOODS, LANDS AND WATERS.
Then, I asked my friend, “What are your favorite foods?” She replied, “I like french fries. And chips, soft drinks, dough nuts.”
I asked her, “What nutrients are found in soft drinks?”
Blank! she didn’t know.
Had she done her research, instead of allowing a doctor to blame her family members’ genetics, she would have discovered that SOFT DRINKS HAVE NO NUTRITIONAL VALUE = NONE AT ALL! FURTHERMORE AS WITH THE DOUGH NUTS THEY CONTAIN A LOT OF PROCESSED WHITE SUGAR WHICH HAS BEEN THE CAUSE OF NOT ONLY FERMENTING IN THE BODY (like the sugar in wine ferments), but IT ALSO REMOVES MANY NEEDED MINERALS. When the body becomes overloaded with junk, the heart cannot function well since it does not have the essential nutrients and thus = heart problems = illness.
This type of personal research should be done by everyone before going “downh-ill”.  I have a motto:  PERFECT HEALTH IS OUR DIVINE RIGHT!   We were created to enjoy perfect health because AN ALL PERFECT SOURCE CREATED US AND GAVE US ALL THE HERBS, PLANT FOODS, FRESH WATERS, NOURISHING SOILS, MINERALS, SUNLIGHT, EVENING DARKNESS, SEASONS, AND PURE (NON-GMO) SEEDS SO THAT WE CAN BE HEALTHY.
If ill health exists, it is because of many factors. Such as for cancer!  When these words are uttered after years of being repeated by the mass media: ‘We have to find the Cure!’ … I wonder who they are trying to mislead!  First, there is no single cure for cancer and there is no silver bullet!  Cancer and other modern diseases that are affecting millions of people in Canada and the United States, including other countries, can be prevented: ONLY WHEN YOU THE INDIVIDUAL DECIDE ON YOUR OWN INITIATIVE AND DESIRE FOR WELLBEINGNESS TO START FINDING THE CAUSES FOR YOUR ILL HEALTH!
TRUST THE INDEPENDENT RESEARCHERS, INCLUDING THE HOLISTIC HERBALISTS WHO HAVE LEARNED THE HEALING WISDOMS PASSED ON TO THEM FROM THEIR ANCESTORS GOING BACK THOUSANDS OF YEARS.  Yet, because of the mass programming of the left brain, the modern, man-made laboratory methods and their drugs, with very little testing, are being blindly accepted!

Remember the potato message:
BE LIKE THE POTATO AND OPEN UP YOUR EYES TO THE TRUTHS.