Editorial – Of course, “All Lives Matter”! 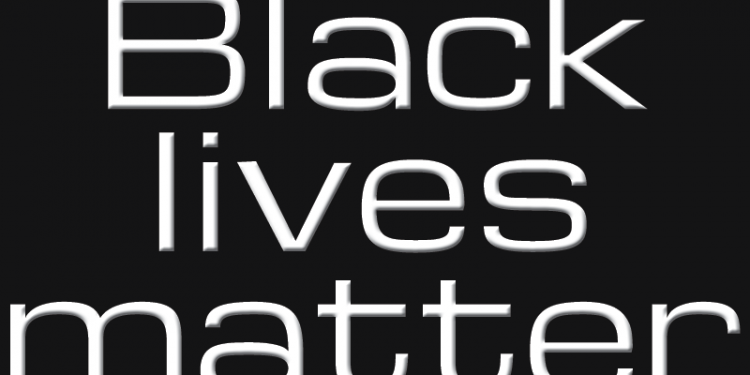 And stating that black lives matter does not imply that white lives don’t matter! It simply makes a statement about white police officers getting away with killing black civilians without good reason and / or repercussions time and time again! It says that police is way too trigger happy when it comes to interacting with black people. It says enough! with treating black people as if they are guilty until proven innocent, where white people are innocent until proven guilty.

Some will argue that more white people are killed by law enforcement than black people. Not only is this untrue, but that’s also besides the point. I am not debating white are not being killed, I am debating that black people are killed oftentimes without justification. Who is the white equivalent of Trayvon Martin, Michael Brown, Eric Warner,Tamir Rice, Eric Harris, Walter Scott, Jonathan Ferrell, Sandra Bland, Samuel DuBose, and Freddie Gray. And please don’t tell me there are none because the media didn’t report it. There IS no equivalent.

Statistics do not lie. The Guardian newspaper compiled an extensive database tracking US killings by police and other law enforcement agencies. This database shows that in 2015, 1140 were killed, with rates per million of 2.92 for “white” people, 7.2 for “black”, and 3.5 for “hispanic/latino”, 1.34 for “Asian/Pacific Islander”, and 3.4 for “Native American”. It breaks stats down into 1086 male, 53 female, 1 nonconforming. It also shows that 853 were armed, 224 unarmed.

So of course, all lives matter, but as you can see, white lives ALWAYS have mattered. Telling African Americans that all lives matter doesn’t help the problem. It only puts salt on their wounds, it makes it about us. Can you imagine what would have happen if Jewish people would have started a “Jewish lives matter” at the end of world war II only to have the Germans retort “all lives matter”?

And I understand what the white movement is trying to do: show unity, make no distinction, irradiate segregation, but the reality is that we ARE still segregated.

We say black lives matter because sadly, we have to remind authorities that they do! We have to remind them that skin colour doesn’t make a criminal. Police officers need to be trained better to not let fear cloud their judgment. Because when you think about it, fear is what drives them. Fear and hate. They fear for their lives and that’s all they have to say to be exonerated.

In 2015, 54 officers nationwide in the US have been criminally charged after killing someone in the line of duty. In three-quarters of the cases, the charged officer was white. Of those, two-thirds shot and killed a black person. In none of the cases did a black officer kill a white person. From these 54 cases, 20 are still awaiting sentencing and 22 got off with no repercussions. There were 11 convictions and I’m ready to bet that they stem from the 14 white victims, which would essentially mean that the white lives of the white officers and the white victims mattered more than any black one.

So, I ask, do all lives really matter?

My response to 25 Things Cornwall, ON People Know Too Well