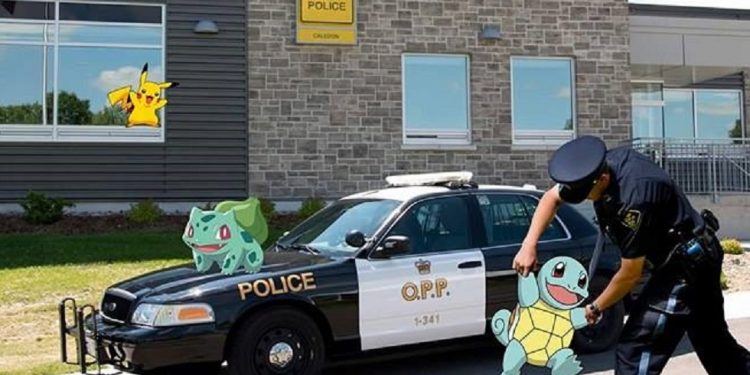 Cornwall Ontario – With the popular app game Pokémon GO now officially available in Canada, the Eastern Ontario Health Unit (EOHU) is reminding players that it’s important to be aware of their surroundings while playing, in order to avoid injury.

The app layers gameplay onto an actual real-world map of the user’s surroundings and challenges the user to find virtual Pokémon characters within their area. Played on cell phones or other mobile devices, the game can distract users from their surroundings and has led to injuries among both players and non-players. There have been reports of some distracted users being injured from falling, stepping into traffic or playing while driving, causing accidents.

“Playing a game with any device, while driving, is an offence under the Ontario Highway Traffic Act, not to mention extremely dangerous,” states Nikolas Hotte, manager of the Injury Prevention program at the EOHU. “However, that said, we do encourage local players to lace up a comfortable pair of sneakers, and enjoy the fresh air and physical activity as they play the game.” He adds that even off the road, players should remain alert at all times and be aware of their surroundings. He suggests that players consider bringing a friend as a second set of eyes, and avoid exploring risky or unfamiliar areas.

Pokémon GO’s own website warns: “For safety’s sake, never play Pokémon GO when you’re on your bike, driving a car, riding a hoverboard, or anything else where you should be paying attention, and of course never wander away from your parents or your group to catch a Pokémon.”

For more information about how to use apps safely, visit www.getcybersafe.gc.ca.