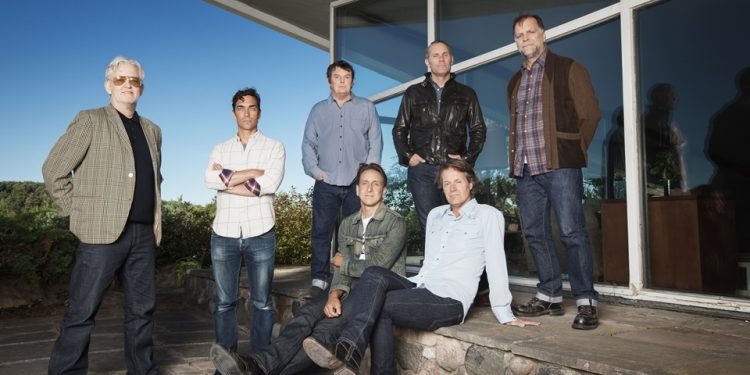 The Toronto based band, who formed in 1984 and signed to Warner Music, are still going strong.

Confidentiality and trucker convoy gofundme LTE — when privacy is essential

Blue Rodeo bassist Bazil Donovan was interviewed by Jason Setnyk of The Cornwall Seeker Newspaper for their upcoming show in nearby Kemptville Ontario.

Blue Rodeo has sold over four million records, has won multiple Juno Awards, has gone on world-wide tours, has been inducted to the Canadian Music Hall of Fame and has also received a Star on the Walk of Fame. All these accolades are special, but receiving the Governor General’s Performing Arts Award was especially special.

“Of course all of these accolades are very nice.  They’re something that I can show my kids, and be proud of the accomplishments that we’ve made while we are having an enjoyable career.  There’s not one that stands out more than the other – they’re all an honour. I’m happy to have them all.  The Governor General’s Performing Arts Award was also special. It’s your country calling and saying ‘we’re giving you an award for your contribution to the arts’. I am not dismissive of any of them. They’re all an honour,” said Bazil Donovan.

After over 30 years of playing, there is no indication that Blue Rodeo or Bazil Donovan are going to stop playing anytime soon. For Donovan being a professional musician is a truly rewarding experience, and his passion for playing is simply relentless.

“It’s what we do and who we are.  No one asks a painter why he still paints, so the same thing applies to a musician. I made the commitment when I was young to my instrument and to me if I were to look at what I would have called success it would have been making a living doing it. That’s what I’m doing and that’s what keeps me going.  I’m proud of that. I’m proud of the fact that I don’t have to do something else.  That my bass guitar and my musical ability has carried me through life. All of it goes together. You can’t have one without the other. I think that playing live is always rewarding because there’s an audience there and the gratitude is immediate. People are appreciative right away. They clap, they sing along. All of the aspects are great. I love touring. I love seeing the world. The only drawbacks are that sometimes it’s incredibly tiring, but it’s gotten easier now. When you have to go away from your families for a long time, that’s hard, but it’s rewarding so long,” Bazil Donovan reflected.

In addition to playing music, the creative process is just as rewarding for Donovan. The music of Blue Rodeo has touched many fans, and hearing stories like how the bands music touched a veteran was very gratifying for Donovan.

“The creative process is just as rewarding. There’s a great feeling when you’ve finished a great track and you walk out of the studio and the feeling that you’ve just done something that no one else has heard yet, and you’ve done your best and you know that we just made a good record and it’ll be a couple of months before everyone hears it. And to know that there are some people to whom that record will mean a lot. I remember someone coming up and saying ‘you know, your 5 Days record has gotten me through hard times’, or ‘I never would have made it through my tour of duty in Iraq if I didn’t listen to your music’. It’s important to people.  It’s an amazing feeling to love a record so much. And to give it to someone else – that’s great,” Bazil Donovan declared.

On tour and in the studio Bazil Donovan plays a 1961 Fender Precision bass. It’s an instrument he has been playing for 30 years now.

“My Fender Precision. 1961. My number one that I’ve been playing for the last 30 years. It’s a part of me. It was made when Leo Fender still owned the company. He sold the company in 1962. Obviously when Leo was around that was the best. After Leo left they used the same parts for about 4 years and when they changed the design around 1967 the quality changed, they got heavier, they used different woods, I’m not sure what else. But the very desirable ones are from 1957-1962. So mine is in that sweet spot. I happened to get it when Colin Cripps pointed me to it.  I got lucky. It had been under a bed in Saskatchewan. It belonged to a guy who played a whole pile of instruments – accordion, guitar, drums – an all around musician.  He wanted to play bass too, so he bought one, but didn’t’ really get around to it. He passed away, and his wife sold it to Colin, and I bought him from him.  I bought it in 1985. They are literally ten times more expensive now,” recalled Bazil Donovan.

Over the years Blue Rodeo and collaborated with and/or shared the stage with a lot of amazing bands and musicians including Sarah McLachlan, Burton Cummings, Great Big Sea, and the Tragically Hip.

Both the Tragically Hip and Blue Rodeo started in 1984, both bands originated from Ontario, and both bands have shared the stage including opening up for the Eagles a few years ago. Bazil Donovan was heart broken to hear the news about Gord Downie’s diagnosis earlier this year.

“All I can say is that of course I love those guys. I just passed the Bathouse about 5 minutes ago.  They were friends right from the beginning. The first time we played Kingston, Gord Downie and Robbie Baker came to our gig. They didn’t have a record, and neither did we. We had some drinks together and a couple of years later we were staying at the same hotel in Halifax and we hung out.  Our paths have crossed numerous times and we’ve become good friends. It breaks my heart. I pray that something can be done. I think they’re all wonderful people and I love them and I really, really hope for the best”, said Bazil Donovan.

What’s next for Blue Rodeo? “We are mixing our new album, right now, which will come out in the fall, and we’ll tour next winter,” Bazil Donovan announced. Their latest release is Live At Massey Hall. The band, which has sold over four million albums, now makes most of it’s money touring. Bazil Donovan notes that it must be difficult for new bands to make an income without being able to count on record sales.

“I feel for new bands because it must be hard to generate income now.  When we started out it was very cut and dry. You made a record and you sold it and people bought it because they liked it. Nowadays I don’t know where it’s going and I don’t know how people are going to be able to finance careers any more because there’s no money in record sales. I don’t see how the future is going to pan out. But you can’t put the genie back in the bottle. People like streaming. I don’t know how much it affects us because some of our fans are older and they’re used to paying for music. Most of our income is generated from playing live at this point, so I don’t look at it as affecting us to the same degree as it would a young band just trying to get their name out there. It used to be you were a good band, and you played live, and people liked it, and they bought it. I don’t know how they go about doing it now”, acknowledged Bazil Donovan.

Of course a great way to support any band you like, new or old, is to purchase merchandise like a CD or t-shirt at a concert.

In conclusion Bazil Donovan has a message for those attending July 22nd in Kemptville. “Looks like it’s going to be a scorcher so stay hydrated and have a good time!” A heat wave is expected to hit SDSG on Thursday and Friday. “I’m looking forward to seeing you all,” Bazil Donovan added.