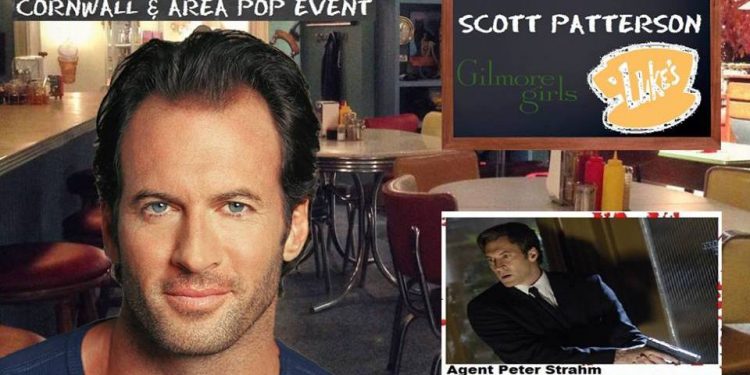 Cornwall Ontario -The Cornwall & Area Pop Event has announced that Gilmore Girls star Scott Patterson will be a guest at CAPE 2017.

Gilmore Girls alumni Scott Patterson simultaneously won fans’ hearts and frustrated them with his work as the gruff, loveable, but emotionally distant Luke Danes. Scott will don the infamous baseball cap once again for the highly anticipated Netflix event bringing the Stars Hollow team back together for four more extended Gilmore Girls episodes.

Season 8 of Gilmore Girls will be released on Netflix on November 25th.

Fans will also recognize Scott Patterson for his memorable turn as Agent Peter Strahm in multiple films of the horror cult hit Saw series. Scott played a series regular in The Event, and Aliens in America, and appeared in Will & Grace, CSI: Miami, 90210, Seinfeld, It’s Like, You Know, and many other television shows. His other films include Little Big League, Meth Head, Other People’s Children, Boys of Abu Ghraib, A Beer Tale, Her Best Move, Three Wishes plus numerous television movies.

CAPE takes place April 22nd and April 23rd 2017 at the Benson Centre. Visit their website for more information. For all the latest news on CAPE be sure to like their Facebook page.