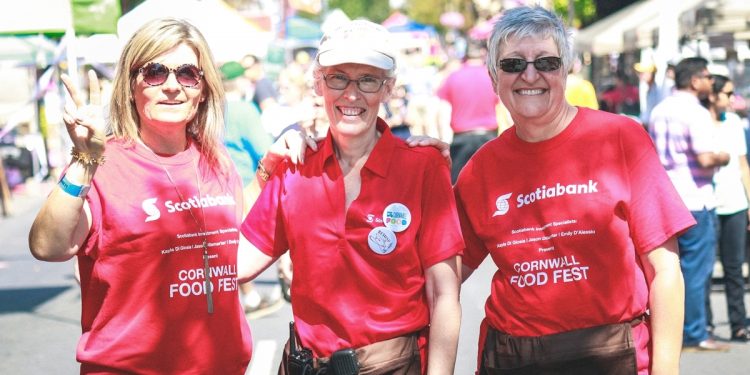 How To Make Sure Your Business Is Always Efficient

Why tarps are essential for any camper or hiker

The event, which benefits the program Beyond 21, was presented by Scotiabank Investment Specialist Kayla Di Giosia, Jason Dilamarter, and Emily D’Alessio.

A thank you message was posted on social media.

“Thank you to everyone who came out to support the Cornwall Food Fest today! Time to wash your forks and put them away till August 19th 2017! A huge thank you to Dana Bingley, our People Connector, who organized and led an amazing team of volunteers including our Beyond 21 Ambassadors, who carried this event from sunrise to sunset! These volunteers included our Beyond 21 board and staff as well as many of our Beyond 21 Participants and families. We are so grateful for each and every one of you and could not have done this event without you! From vendors, to sponsors, to musicians, children’s entertainers, the City of Cornwall who did an amazing job of set up and clean up (all day long), the bike valet, so many behind the scenes jobs … we value each and every one of you for your contribution to making our day a success! And now it is time to put our forks down and our feet up and take a well deserved rest! Stay tuned for pics and updates! And thank you to every single person who came out today to support Beyond 21! We truly appreciate you!”

All proceeds from this event benefited The Hub for Beyond 21 Foundation (Beyond 21). Beyond 21 operates a support program for adults, 21 years of age and older, who have a developmental disability. They serve the city of Cornwall as well as the counties of Stormont, Dundas, and Glengarry and Akwesasne. As a registered charity that does not receive any government funding, they are reliant on grants, donations and fundraisers, such as the Cornwall Food Fest, to sustain and expand their services.

“As a charity we are always looking for new ways to fund-raise. Key to this are opportunities that are unique, add something to our community, and respect the other events and fundraisers that are happening in our community. And key to Beyond 21 is to come up with ideas that truly have community at heart. Coming up with those ideas is quite the challenge,” said Beyond 21 Program Manager Jane McLaren.

The Food Fest generates much needed funds for Beyond 21, but it also creates awareness so the public can learn more about Beyond 21 and what the organization does.

“The Food Fest is a major event for Beyond 21. It is a key fundraising event for us bringing in much needed funds. And it is a key awareness event. Doing a community wide event helps to reach people and let them know who we are, what we do, and how we are here to help! And that is important to us! It is also a key event where our participants are able to volunteer and fit in just like anyone else. They get to be a part of community and they love helping us as volunteers” Jane McLaren explained.

Jane McLaren has fond memories of downtown Cornwall, and remembers the downtown as being the heart of the community. Food Fest taps into that nostalgia, and it helps bring a lot of people downtown.

“Having grown up in Cornwall I remember many fun times in the downtown where the streets were filled with people and filled with things to do. Downtown used to be the heart of Cornwall’s community. And though that has changed over the years, to some extent we are starting to see that come back. Anyone who knows our downtown knows that there are many true gems in our downtown stores and restaurants and that local artisans are featured in several of the downtown stores. Bit by bit downtown is starting to become community again. I’d often see Street Festival’s in other communities but not here in Cornwall. So when we were talking about fundraisers and what would be a unique idea, I suggested the idea of a Street Festival,” Jane McLaren added.

“New year we partnered with CoTiCon and they did a parade through the Food Fest with the 501st Battalion Storm Troopers,” said Jane McLaren.

CoTiCon founder and organizer Annie DeRochie was excited about the partnership with Beyond 21 and Food Fest.

“We were super excited about our partnership with Beyond 21 and Food Fest! Its an organization I fully support and with our events on the same day and close by it makes a lot of sense as a partnership. We had members of the 501 who had agreed to take part as well as attending cosplayers who walked through the Food Fest event” Annie DeRochie added.

For more information on Beyond 21 and Food Fest visit their website.

LNAH to discuss final fate of River Kings this Monday