Interview with ‘The Day After Tomorrow’ actor and comedian Joey Elias 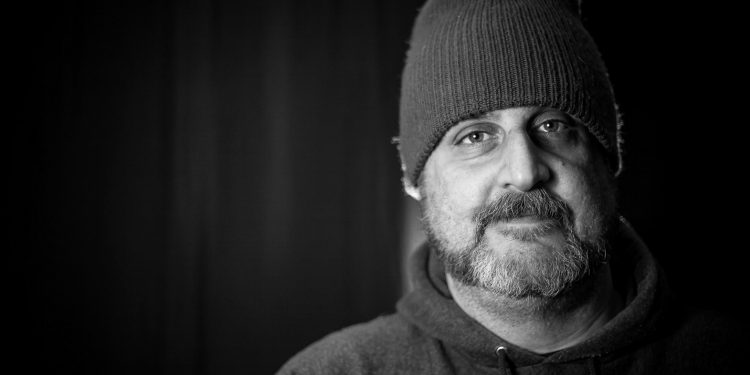 Cornwall Ontario – Comedian and actor Joey Elias will be headlining a comedy show on Friday October 28th at the Cornwall Legion.

Joey Elias has an impressive IMDb resume which includes the role of a library security guard in the 2004 blockbuster movie ‘The Day After Tomorrow’ starring Dennis Quiad and directed by Roland Emmerich.

“That was my favourite acting experience, everyone from Roland Emmerich to Jake Gylenhall to the drivers on set were incredible to work with and fun to watch work. My favourite part was during filming, we took a break and crew members and some actors from our movie took on the crew and others from a movie and it’s crew that was shooting in an adjacent lot,” Joey Elias disclosed.

For the past 25 years Joey Elias has traveled the world, from the UK, to Hong Kong, to Afghanistan, bringing his unique brand of comedy to audiences everywhere across the globe. He has performed at festivals, he has two cross Canada Tours under his belt, and he has numerous television and film credits.

His comedy career started in 1992 after losing a pool hall bet.

“I was skipping school with my buddy that knew I had been writing my own material. He recognized two comedians we had seen on one of treks to the Comedynest. He bet me if I lost I had to introduce myself and tell them I want to try stand-up. I lost and the rest is history,” he reminisced.

Since then he has performed sixteen different times at Just For Laughs Festivals.

“Just For Laughs is one my highlights in my career, as are the Military shows I’ve been lucky enough to be a part of. I prepare the same way for every show, big or small – I go through the same pre-show routine,” Joey Elias explained.

The comedian has traveled to Afghanistan to entertain the troops on two occasions.

“Travelling anywhere to entertain the troops is an honour, so I feel privileged to have been asked to have gone over there twice. There are so many stories and memories that I could probably fill 40-50 pages – let’s say there are many but due to national security we can not discuss in detail,” said Joey Elias with a smirk.

According to Joey Elias, laughter is a universal language, and what’s funny here in Canada is funny elsewhere.

“I think funny is funny. You must know your audience, so no matter where you are doing a show I’ll always find out a little something about the city, town, village that I’m in”, Joey Elias stated.

Joey Elias has also been on ‘Comedy Now’ and ‘All Access Pass’, but he prefers live comedy over television.

“As much as I enjoy the acting, performing live comedy will always be my first love,” Joey Elias concluded.

Joey Elias will not be the only comedian with an IMDb resume performing on October 28th in Cornwall.

Award winning comedian Josh Williams, who played an extra in a Trailer Park Boys movie, will also be performing.

Josh Williams is credited as playing the background character of a stoner in the Trailer Park Boys movie “Don’t Legalize It” according to IMDB.

“I was in the movie for a short scene. It was just for one day. We were on Parliament Hill on 420 and it was filmed guerrilla style. It was a fun experience, but it was a little different. I’ve been on sets before, but never filmed guerrilla style. We had to do it quickly before everyone there noticed Ricky and Bubbles and rushed to get their autographs”, Josh Williams reminisced.

The Trailer Park Boys movie, which was released in 2014, can be streamed on Canadian Netflix.

In addition to the Trailer Park Boys movie, Josh Williams is also an award winning comedian. He twice won “Ottawa’s Favorite Comedian” in Faces Magazine, and he was also a nominee for Best Stand-Up Newcomer at the Canadian Comedy Awards.

The Ottawa based comedian finds humour and inspiration in his own daily life.

“I find my life funny. I don’t take myself too seriously. Some people do, and nothing is funny to them. I live a goofy life, and silly stuff happens to me. I’m not embarrassed too easily”, said Josh Williams.

It’s easy to see why Josh Williams is loved by audiences. The Ottawa comedian is a fan favourite with his quick wit and crowd interaction.

“My live show is non stop hilarity. It’s an interactive experience. I talk to the crowd and engage. It’s not just about me, I get to know them too. We laugh at me and at them”, Josh Williams concluded.

This show also features homegrown talent with the very funny Jacy Lafontaine who is perusing her comedy career in Montreal.

“I’ve been extremely fortunate to start my comedy career in Montreal, a city that created a huge amount of amazing talent. This has allowed me to learn from some of the best. The connections I’ve made and the lessons I’ve learned from the Montreal comedy scene has allowed me to travel to numerous cities to do what I love,” says Jacy Lafontaine.

Jacy Lafontaine was selected to compete in Serius Top Comic Montreal’s showcase and has become a favourite in the Montreal comedy scene. Jacy Lafontaine explains how thrilled she is to return to her hometown to perform. She also notices positive changes happening in Cornwall.

“Spending most of my life growing up in Cornwall the art scene in general was lacking. I love seeing the city get more of an entertainment scene and I’m really excited to be a part of it. It’s rewarding to see people like Mark Vincent work so hard to bring an arts and culture scene to Cornwall. It’s clear that its population want it as well,” reasoned Jacy Lafontaine.

The show is brought to you by Off Your Rocker and Alkaline Entertainment. The show starts at 8pm on October 28th. Tickets available at the Lotto Kiosk, Floral Expressions, Melody Music, and the Cornwall Legion. The price of admission is $20 per ticket. This show will be raising funds for the Cornwall Legion.

Local attraction McMaze to Close at End of October