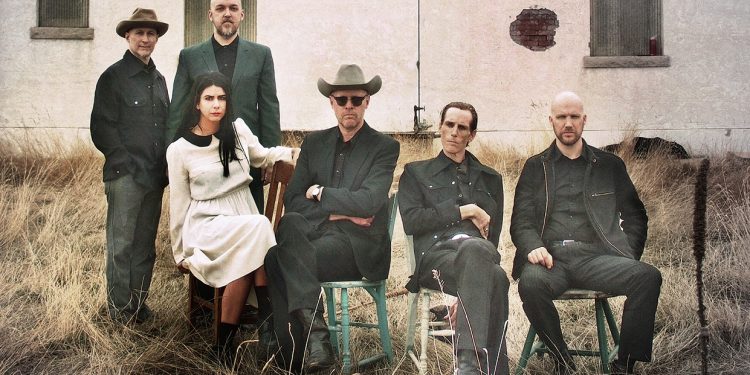 Slim Cessna’s Auto Club has the distinction of once being on Alternative Tentacles, the record label created by punk legend and former Dead Kennedy’s lead singer Jello Biafra.

“Jello (Biafra) is also from Colorado. He started coming to our shows when he was in town to visit family. We also had mutual friends. Alternative Tentacles was great. We love them,” said Slim Cessna.

The band is promoting a new record and they decided to release it themselves this time.

For Slim Cessna this was a needed change to help the band grow and keep moving. Unlike Alternative Tentacles, their label has no plans to include other bands.

“We needed to do something drastic in order to continue moving. Nothing was growing for a few years. We have no plans to include other bands, but who knows,” Slim Cessna explained.

Their sixth studio album titled “The Commandments According To SCAC” was recorded by themselves. There are tens songs, and they are named Commandments 1 through 10. Slim Cessna can’t decide which is his favourite song off the new album.

“The recordings went great. We did it all ourselves. We’re looking forward to the next one because now we know what not to do. I like Commandment 3. No… 1. Wait… 10! 2!,” Slim Cessna exclaimed.

Several music video’s have been made to promote the new album including one for the song “Commandment 7”. The video was directed by the band’s Lord Dwight Pentacost. The video shows a shaky camera documenting the sinister goings on in antique dollhouse. The video, which features Slim Cessna himself and Munly, can be viewed on Youtube.

The band explores religious themes including redemption, but according to Slim Cessna the band is not anti-religious.

“I don’t think we’re anti-religious. We tell stories. I think our message is uplifting. Everyone seeks redemption in a way they understand,” Slim Cessna stated.

His inspiration for music comes from Mother Nature and bad weather.

“Tornadoes and hailstorms. Blizzards!,” said Slim Cessna in reply to what inspires his music writing.

“We love Canada! We will continue to play each show as if it’s our very last. We hope to allow people to lose themselves for one night,” Slim Cessna concluded.

The Ottawa show is being promoted by Spectrasonic and punkottawa.com. Opening for Slim Cessna’s Auto Club on Saturday November 26th is Ottawa surf rock band The Reverb Syndicate.

The Zaphod’s show is 19+, 9pm, and advanced tickets are $18. Tickets are available at Vertigo Records, Compact Music Inc., Stomping Ground and online. Zaphod Beeblebrox is located at 27 York Street in downtown Ottawa.

After stops in Hamilton, Toronto, Ottawa and Montreal, the group will head back stateside, eventually wrapping it all up in Austin Texas on December 10th.