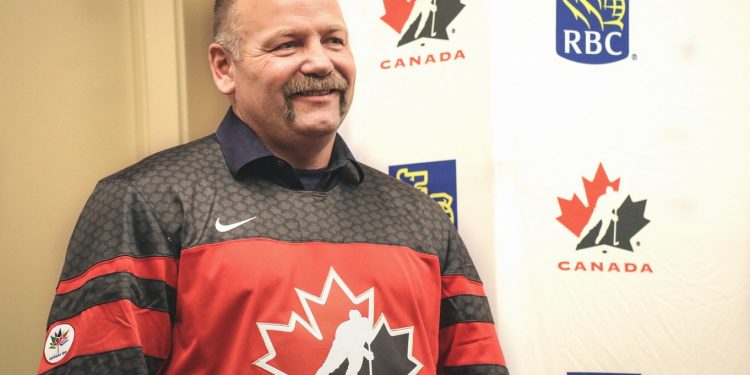 Cornwall Ontario – NHL alumni Wendel Clark helped make the announcement that the road to the World Junior Hockey Championship will include a stop in Cornwall Ontario.

Wendel Clark was selected first overall by the Toronto Maple Leafs in the 1985 draft. He was Captain of the Leafs from 1991 to 1994. He scored a hat-trick in game six of the 1993 Campbell Conference Finals, and helped force a game seven against Wayne Gretzky and the Los Angeles Kings, the closest the Maple Leafs came to a birth in the Stanley Cup final over the past four decades.

The next season (1993-1994) Wendel Clark had a career high 46 goals in 64 games on a line with Doug Gilmour and Dave Andreychuk. He was also a two time NHL All-Star.

Wendel Clark was the perfect choice to help make the World Junior Hockey announcement at the RBC in Cornwall Ontario on Friday. He was a gold medal winner for Canada at the 1985 World Junior Ice Hockey Championship. He has first hand experience playing at the tournament and winning.

Sweden will face-off versus Slovakia for a World Junior Exhibition Game at the Cornwall Civic Complex on Monday, December 19th, 2016. The game starts at 7pm and tickets are $15, or for groups of 20 or larger tickets are only $13 each. To purchase tickets call the Complex Box Office or get them at www.admission.com.