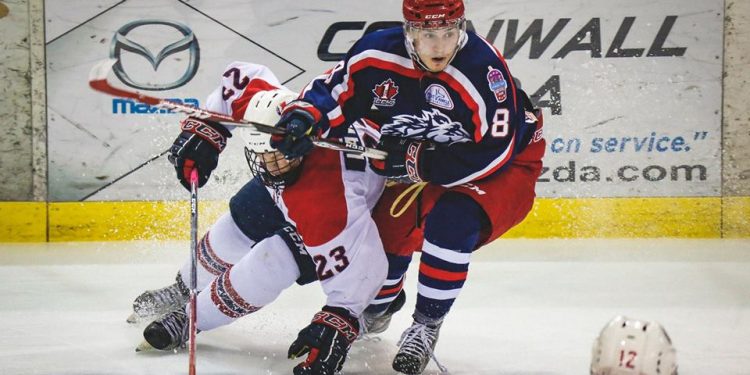 Dean Derouchie, 5’8, 190 lbs is a two-way winger who spent parts of five seasons in the CCHL.

His time was split between the Gloucester Rangers and the Cornwall Colts scoring 56 goals, 71 assists for 127 points during the regular season. He scored 4 goals and 8 assists in playoff action.

The Cornwall born Dean Derouchie will join Salem State University Vikings who play in the NCAA Division III MASCAC Conference. The program heads into their 37th season of action this fall and play out of the 2,200 seat Richard H Rockett Arena.

Tony Luis vs Cam O’Connell in Cornwall for Championship