Tony Luis vs Cam O’Connell in Cornwall for Championship 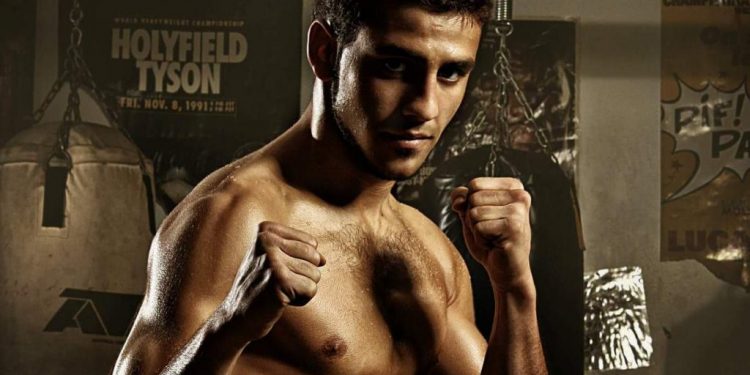 Cornwall Ontario — Cornwall native Tony “Lightning” Luis is returning to his hometown in an all-Canadian tilt to face undefeated “Irish” Cam O’Connell on June 17 for the vacant NABA lightweight crown.

The Luis-O’Connell matchup will headline another night of boxing at the Cornwall Civic Complex following April’s hugely successful event by promoter Liveco Boxing.

Luis (23-3 8KOs) is currently ranked #2 in Canada. He is returning to the ring in Cornwall after an April hometown debut where he pounced on Mexico’s Noe Nuñez (17-4 13KOs), stopping “El Dengue” in the 6th round. Luis is looking to take the WBA’s North American affiliate’s crown in the lightweight division by going through O’Connell who is the #3-ranked boxer in Canada.

O’Connell (15-0-1 10KOs), from Red Deer, Alberta, has never been beaten. In his last bout, he destroyed tough veteran Oscar Barajas (17-4-1 9KOs) with a 4th-round knockout in March and won a December 2016 unanimous decision in a brawl with Juan Bedolla Orozco.

Luis is familiar with O’Connell. They fought as 19-year-old amateurs in Internationals with Luis coming out on top. “He’s a talented and motivated fighter,” Luis said.

“I’m as hungry as he is and this is a competitive match that I welcome. I’m confident in my ability to beat him.”

“I’d like to thank Tony Luis for stepping up and taking this fight, a fight the fans are entitled to see,” said O’Connell.

“The two best Lightweights in the Country, fighting for a reputable title and the number one spot. Now that the contracts are signed, and the fight announced, I am sure the Canadian boxing scene will be buzzing. I have waited my entire life for an opportunity like this and have worked extremely hard. Now the time has come, and I’m eager to showcase my skills and heart to the boxing world. I am not taking this fight lightly, and I’m preparing for a war of attrition. Thanks again, Team Luis.”

Liveco Boxing CEO Ron Sanderson said, “This is Tony’s opportunity to take the next step onto the world stage. O’Connell is a seasoned fighter and he has a lot of momentum, but Tony will be super-motivated to raise a belt in front of his hometown fans. A big thank you to Mel Lubovac, O’Connell’s promoter, for working with us to make the biggest fight in Canada happen.”

In an 8-round co-feature bout, Canadian Light Heavyweight Champion Tim Cronin (9-1-1 2 KOs), originally from Bellville, ON, will face Louisbert Altidor (5-1 1 KO) of Longueuil, Quebec in what promises to be an all-out war.

Akwesasne native Ronnie “Rocket” Robidoux (3-0 2KOs) will join his stablemate and fellow hometown boxer on the card again on June 17. Robidoux dominated Jesus Ortega in Cornwall in April to keep his record sparkling and plans to light up the arena again in front of a friendly crowd.

Also, returning to Cornwall will be Albany’s “ILL” Will Madera (9-0 4KOs) who dismantled Omar Valenzuela back in April with an impressive array of speed, power, and boxing acumen.

Other bouts for June 17 have yet to set and will be announced shortly by Liveco.

Tickets for this incredible night of boxing go on sale this coming Friday at the Cornwall Civic Complex box-office, online at www.admission.com or by phone at (613) 938-9400.

Have your say - Traffic signals at Water and Cumberland Streets