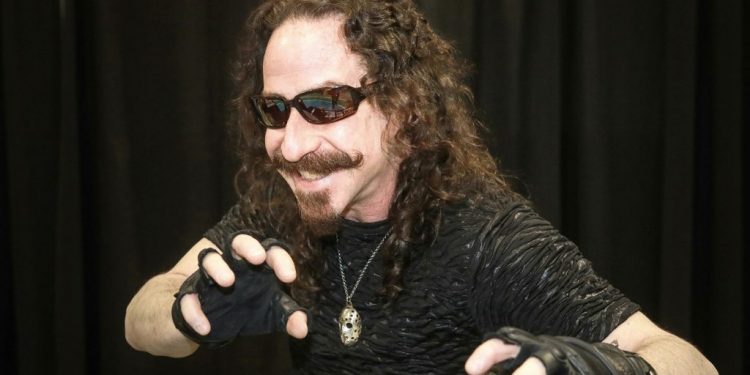 Cornwall, Ontario – Horror fans have the opportunity to meet the first Jason Voorhees from the movie Friday the 13th at the Cornwall Area Pop Event which takes places April 21st and April 22nd at the Benson Centre.

“That’s right, I was the first Jason Voorhees, the very first. What does it mean to me? First and foremost, how wonderful and dedicated the fans of Jason Voorhees are. Also, the fact that I got to meet and spend some precious time with Betsy Palmer who played my mother in Friday the 13th, but also shares my birth mother’s birthday of November 1st, and those two dates are so important to me. Horror cinema is amazing, and to just have been around that great tradition also means a lot to me,” Lehman said.

Sean S. Cunningham, who was the director of the film Manny’s Orphans, asked Ari Lehman the now infamous question, can you swim?

“What happened was we did a comedy about kids who play soccer and win their orphanage back from the mob in a soccer tournament, but no one cared about soccer in 1979. Sean said we’re going to do this horror movie. We have this much budget left, and this much time left, and can you do it? Of course, I was happy, because he told me I was going to get to play a monster. When you’re 14 years old and get to play a monster, that’s a lot of fun,” Lehman reminisced.

Ari Lehman is also the frontman for metal / hard rock band First Jason, that played to a packed house at La Maison Tavern on Saturday night. Before the concert I asked, can fans expect to see blood and gore during the set like at a GWAR or Alice Cooper show?

“That’s a great question! Behind me, you see the machete which is a part of my guitar itself. We do have some theatrics, but having seen so many other bands throwing blood around so much, and so well, or wearing makeup and costumes – many bands do that. What is frightening about my band is the musicianship, the lyrics, the music. If you like music and seeing people move their fingers instead of listening to tracks spun by a DJ., that’s what we’re doing. We’re here to scare those musicians off the stage, well not really. It’s a lot of fun. We have songs like “Jason Never Dies”, “Jason is Watching”, and “Machette is my Friend”. Come see First Jason,” Lehman stated.

Ari Lehman has several movies coming out soon including Rock Paper Dead which is directed by Tom Holland and co-written by Victor Miller. Victor Miller wrote Friday the 13th and Jason X, while Tom Holland directed Child’s Play and Fright Night. The movie stars Michael Madsen, best known for his role in the Kill Bill movies.

“Victor Miller is a dear friend of mine for years. I always liked working with him because his scripts are intelligent, witty, and great. I had not worked with Tom Holland before Rock Paper Dead, and of course, he directed Child’s Play. He’s a fantastic director, spontaneous, and energetic. I played a sadistic orderly in an asylum, but I don’t want to give away too much. When they dropped me off for the role, they dropped me off at the wrong place. They were shooting at an asylum, so I thought I was on set. But I walked in on a patient and a doctor and nurse at an actual asylum. I asked, is this where you’re shooting the movie. He says no, so I just kind of backed away. Realizing I was in the asylum, I kind of walked through to get into character. Maybe it worked because when I did the scene, it was a pretty sadistic scene, and when I did it Tom said that’s perfect! Do it again, do it again! That movie also has the great Michael Madsen and Tatum O’Neal. I think it’s a great effort and a little different than most of the independent horror offerings right now. I suggest people go see Rock Paper Dead,” Lehman reflected.

First Jason, Ari Lehman, is enjoying his first visit to Cornwall, Ontario, and has high praises for CAPE and Canada.

“CAPE is fantastic, and they gave me a lovely room. We’re still going to find some poutine or is it Putin? Wait, are we eating the Prime Minister of Russia, is that what Putin in is? Just kidding, that’s a joke. I’m thrilled to be in Canada and breathing some fresh air. Thank you,” Lehman concluded with a smile.

The Value Of Your Life | Column written by Marie Morrell