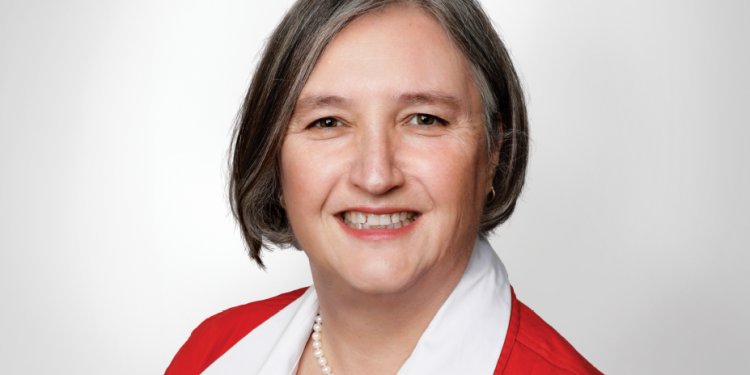 Cornwall, Ontario – Here are ten questions with SDSG Liberal provincial candidate Heather MeGill. This article is the second in a series of interviews with each of the local candidates to help voters make a more informed decision when voting. The Ontario provincial election takes place on June 7th, 2018.

1 – Tell us about your background, why you’re running in this election, and why you would be the best choice to represent SDSG?

I have been a resident of SDSG for 27 years. I am the mother of two adult children. I am a Veteran having served as a Captain in the Canadian Armed Forces reserve including as a member of the SD and G Highlanders. I am a Community Volunteer and my focus has been on providing important funding for needs in our area, everything from youth programs, Services to our most vulnerable citizens, Services to Community agencies and supporting the work of Legal Aid. I am a teacher who has worked in schools all over SD and G as a classroom teacher, an English as Second Language Resource teacher and most recently as a Teacher Federation Released Executive member.

I am running in this election because I believe that Ontario needs to keep moving forward. We have made great progress in the last number of years in:
– Growing our economy with the lowest unemployment rate in almost 20 years and the best growth in the G7.
– Improvement to Health Care and Developmental services,
– In Education, we have rebuilt schools and now have the highest graduation rate in history
– Publically funding college and university tuition for eligible students: and
– The introduction of a fair minimum wage that makes lives a little easier for our working families.

I want to see that progress continue in providing planned investments in Mental Health Care, Hospitals and expanded Pharmacare for Seniors.

I am the best choice to represent SDSG because I am passionate about bringing Stormont Dundas South Glengarry to the same level of growth and services as more affluent parts of the province. I will regularly meet with local leaders to look for solutions of common concern. I will work with existing and emerging industry in our region to bring good jobs back to our region so that our children can have a good standard of living without having to live and work outside our riding. I have been a leader in my profession and I have worked with problem-solving teams to help achieve positive outcomes.

2 – What do you think is the most important provincial concern for the people living in the riding of Stormont-Dundas-South Glengarry?

Health Care/Support for Seniors is the number one issue in SDSG. The new OHIP+ for children and Youth is greatly contributed to family well-being. Planned expansion to seniors in OHIP+ starting in August 2019 will eliminate Co-Pay and deductibles for drugs. The announced increase to Long-Term Care Beds will lessen the need for chronically ill people to have to stay in the hospital while they await placement.

3 – What is the Liberal plan for hydro moving forward? How do you feel the Liberals have handled this issue thus far?

The Liberal plan is to continue to make energy bills 25 % lower on average for families, small businesses, and farms low-income families. We plan to continue to expand renewable energy sources for Ontario and lessen the requirement to utilize environmentally unsustainable energy sources. We need to Utilize emerging scientific innovations to store excess energy that we can utilize during high-cost peak energy demand times.

I feel that the Liberal government has responded well to the concerns of Ontarians by recognizing that Electricity prices went too high too fast. Instead of only allowing the marketplace to set the price the Ontario government moved in to subsidize prices and lessen the high economic impact on families and small businesses in Ontario.

4 – What investments need to be made regarding public transit? Does your party have a green strategy?

In our region improvements to roads, bridges and infrastructure is permitting safer and more timely commute times. I would work to improve regional routes further to develop safer roads. I would work to promote expanded public transportation to permit people to move within and between communities more easily and at more convenient times.

The closing of Coal –Generating plants has greatly improved air quality in Ontario and resulted in lower Asthma rates. The Liberal government has the Ontario Climate Change Strategy that addresses Ontario priorities in lessening the impact of Climate change through lessening reliance on Fossil Fuels, expanding innovation to develop a low-carbon economy and to set Greenhouse gas reduction target to be reduced by 37% by 2030 and up to an 80 % reduction by 2050. Ontario is meeting this Climate Change Crisis head on. It has a well thought out plan and it is ramping up to deal with the global challenges that will come from worsening climate change. This is going to mean big changes to what we have become accustomed to, but it will be necessary.

In the 2018 Ontario budget, the Ontario Liberals renewed the “Good Jobs and Growth Plan” with $935 million in new investments that aim to support businesses, bolster worker training and attract jobs. By doing this, they will help industry create more jobs that will create more wealth for workers and corporations. This will mean more revenue from taxes without a rise in the marginal tax rate. This will keep taxes lower but not increase a corporate tax cut. So much of the Ontario and Canadian economy, however, is riding on the resolution of the NAFTA talks.

By keeping taxes lower through the initiatives of the “Good Jobs and Growth Plan” there will have a positive impact on families, seniors and small businesses.

Our policies will promote job growth and hopefully lead to more disposable income for workers.

I believe that the Minimum wage needs to be raised to $15 next year as planned by the Ontario Liberal Government. Hardworking Ontarians, who put in a hard day’s work should not be living in poverty. The minimum wage increase has had a dramatic and positive impact on Ontario families who are working at minimum wage jobs. These workers and their families now have more money to spend in their home communities to raise their families standard of living.

Healthcare has been improved dramatically under the Ontario Liberals. Considerable funds have been spent in our riding to upgrade and expand hospitals and improve patient care. Wait times in our ER’s have been dramatically lessened and more Long Term Beds will increase access for acute hospital bed admissions. More nurses have been hired to provide the care that sick Ontarians need in our hospitals and in our Communities. Nurse practitioners are becoming a preferred entry point to access health care. More doctors are in our hospitals and communities providing the care that people require. The system is not perfect but it is certainly improving.

The Wynne government has been a leader in advocating for a national Pharmacare program. Some aspects of Health Care have been privatized. My stance is that Health Care in Ontario should be publically funded and privatization should not be part of the future of Health Care.

Ontario has moved many markers in making free medication available to Ontarians. Children and youth up to 25 now have free drugs and Ontario Seniors have access to a good Pharmacare program which is only going to get better in Aug 2019. By doing this Ontario has been pushing the Federal government to consider Universal Pharmacare which is commonplace in many European countries. In Ontario, there is no means test to access these medications in this program.

8 – What investments need to be made in education? Should more be done to make post-secondary education more affordable to everyone?

The Ontario government has promised more investments in Special Education to hire more Educational Assistants, Early Childhood educators, Student Support Workers, and Psychologists. Class sizes need to be lowered to permit Classroom teachers to better teach to the needs of all the students in their classrooms. Planned improvements to existing schools should continue as should replacement of old and deteriorating schools.

This Academic year Ontario provided free tuition to 235,000 eligible students in Ontario. Without this program, many of these students would have left school with double their student debt. Also, 13,000 single moms are now going to school for free. This will dramatically improve their prospects for good paying jobs. This will lessen their reliance on Social Assistance and help to end systemic poverty amongst Single Parent families.

9 – How would you describe the legacy of the current Kathleen Wynne government?

Kathleen’s Wynne’s Legacy is a government of Fiscal Responsibility hand in hand with Fairness, Care and Compassion.

I am concerned that Doug Ford has no clear plan for the future of Ontario. He was not the leader that many Ontario Conservatives wanted or expected. If he becomes the premier of Ontario I have grave fears for the future of this province. Ontario deserves to be lead by wise and thoughtful politicians.

I do not believe that Andrea Horvath’s NDP has sufficient Front Bench strength to lead this province. The first and last time the NDP ruled Ontario they lost their Natural allies in the Labour movement through draconian cuts and poor Fiscal management.

In the May 17th edition of the Ottawa Citizen Christie Blatchford said: “Kathleen Wynne is so clearly heads and tails smarter, better informed and more capable than Doug Ford that it borders on the ridiculous.” Kathleen Wynne is the best choice to lead Ontario because her government has worked tirelessly to improve the lives of the citizens of Ontario. She has made hard but necessary decisions. She is a brave politician who recognizes that Care and Compassion in a planned and sustainable manner is what Ontarians need.