Interview with Siren and The Magicians actress Hannah Levien 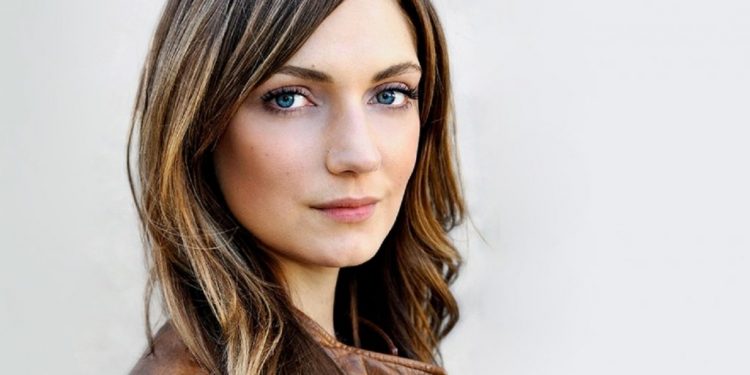 Hannah Levien is best known for her roles in Siren and The Magicians. She has also appeared on episodes of Supernatural, Colony, Bates Motel, The Returned, Reverie and more.

On the television show Siren, she plays the recurring character of Janine.

“I have the pleasure of playing Janine in Siren – which is a super fun show. Janine is the town-bartender in fictional Bristol Cove. She’s sassy, provocative and a bit naughty! My favorite episode was probably episode 8 – where Xander’s father died. While being a sad episode, the story pulled the whole cast together. And of course, Janine and her boyfriend Calvin (Curtis Lum) had a rather interesting way to grieve,” Hannah Levien recalled.

“I have loved my journey on The Magicians. Victoria is a brave, loyal and strong character. She’s a risk taker and a uniquely talented magician and time-traveler. The cast on The Magicians are fantastic and all unique in their own ways. They bring such a different personality to the screen and story. My favorite episode would be with the mirror bridge in Season 3, where I worked with Marlee Matlin and Felicia Day. There was such an awesome pair, and it was very high stakes as Victoria often finds herself in,” Hannah Levien replied.

Hannah Levien grew up in Australia and started taking acting classes at the age of 13.

“Australia is a great country – it will always be my home. I’ve always been drawn to storytelling – and theatre is a form of that. When I was 13, I started taking acting classes seriously and was determined to study at Drama school after high school. It’s very competitive to get into those programs, so I knew I had a lot of work to do. I ended up attending the University of Southern Queensland which had a fantastic theatre program.

After that, Hannah Levien earned her Masters in Screenwriting and Directing at the University of Sydney. She learned so much by “doing” that year.

“I learned so much by “doing” that year. Being on set in a different capacity as a Director. I think I learned an appreciation for all the unique talents everyone in the team brings to a film,” Hannah Levien observed.

Another important role for Hannah Levien was in the award-winning film “The Horseman” which screened worldwide at numerous festivals including SXSW. In it, she played teenage runaway Jesse Forteski.

“It was such a great experience to share that with the writer and director Steven Kastrissios and the producer Bec Dakin. They both worked tirelessly on that film. It was great to see it reach so many audiences,” Hannah Levien noted.

Hannah Levien shares some of her fondest memories and experiences working on other television shows.

For example, on Supernatural Hannah Levien loved the costume design and playing a demon.

“I know it sounds silly, but I loved my costume in this show. Also, I loved Supernatural and always wanted to be a demon in it, so it was cool to actually get to live that,” Hannah Levien disclosed.

While on Bates Motel, Hannah Levien had the opportunity to work with Freddie Highmore and Vera Farmiga

“On Bates it was such a treat to work with Freddie and Vera – such fantastic actors. My scene with Freddie was so interesting to watch because he understood his character so well. It was inspiring,” Hannah Levien added.

“I loved my storyline and the journey I got to go on. It was my second time working with Executive Producer Tim Southam (we met on Bates Motel), and he’s a great Director.

“I love Canada, it’s a great country to live in! I was living in L.A. and started booking work in Vancouver. In the end, I liked it so much, I decided to stay and make it my home. Though I still travel a lot, I love coming back to Vancouver. I’m a huge fan of the outdoors, and as a creator/actor/writer I find the landscapes in B.C. so inspiring. It fills me with so many memories,” Hannah Levien said.

“It’s such a pleasure to be meeting you all – and I look forward to talking about all these things in person with you,” Hannah Levien concluded.

CAPE and Fantasy Realm present Halloween Comicfest 2018, a community event that will feature treats, cosplay, prizes, special guests, exhibitors and fun for the whole family! Kids and adults can dress up and attend a market-style event with exhibitors selling geeky merchandise and trick-or-treating for the kids. Free comics will be given out by Fantasy Realm.

The event takes place from 10 am to 5 pm. Admission is only $2.00 and children 12 and under are free with a paying adult! For more information visit the event’s Facebook page.

Interview with Frank Turner and the Sleeping Souls