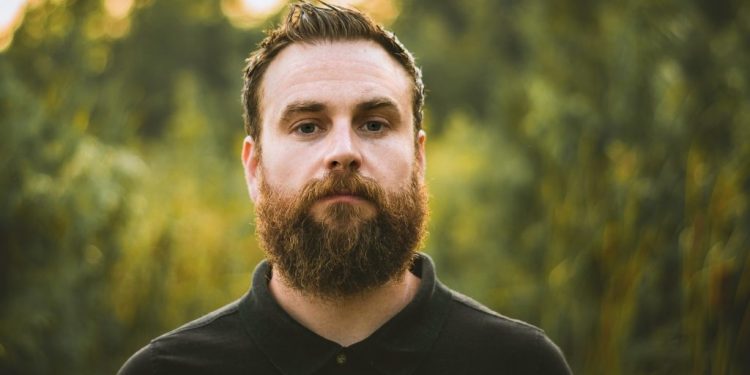 Cornwall, Ontario – Just a year after the release of his second studio album, Chris Benton has unleashed his new four-song EP titled “All That You’re Missing” on October 19th, 2018. Thematically the EP touches on the current social climate as well as personal anecdotes from his own experiences.

“During the writing process for these songs I was thinking a lot about how distracted our society has become in the current state. I see people driving and texting all of the time and I’ve noticed people missing out on quality time with the people around them because they are so glued to what’s happening on their phones. I think a lot of regrets will inevitably come with this down the line when someone realized all of the moments and memories they missed out on because they were so distracted by technology. I am certainly guilty of this but a big theme of the EP is the idea of finding a balance between what we physically have in front of us and what is on the screen. Whether it be a spouse, kids, friends, family or a pet they all suffer if the people around them are seemingly more interested in scrolling through their social media feeds than spending quality time. It’s easier said than done but it’s something that I struggle with daily,” Benton responded.

“The lyrical content of the EP also comments on people who think their opinion is always right and that if anyone thinks differently they can’t even have a civil conversation about it. People are so quick to judge these days and there is a lot of hypocrites walking around who are self-absorbed in their thought patterns blaming and shaming people to feel better about themselves. Tribalism is strong these days and the songs “Not Fooling Anybody” and “Life of Lies” touch on this subject matter. If people were more accepting of others opinions and ideas without being so quick to judge I think we could have more fun,” Benton added.

Since 2014 Chris has successfully released two full-length albums and has been consistently playing shows around Eastern Ontario. The new EP showcases the direction Chris is taking musically as well as sonically. Producer/engineer/mixer Anton Delost gives the songs just what they asked for. The four tracks are punchy and crisp with a clean mix that suits the songs perfectly.

“Working with Anton was incredible. He’s such a genuinely awesome guy with so many ideas to bring to the table. It was a breeze recording with him and I learned so much as musician in the process. He has such a good ear for knowing when something in a song fits or not and when to cut out what seems like filler. The guy really blew me away with his mastery of the craft. His sense of melody and tone was extremely beneficial for the final product. He makes you feel right at home and I couldn’t have been happier working with someone on my baby (EP). I certainly hope to work with Anton again in the future,” Benton noted.

The EP is a great indicator of what is to come in the future with LP3. The Cornwall, Ontario, Canada musician grew up listening to late 90’s punk rock bands like Lagwagon, Millencolin, and Bad Religion. These punk rock sensibilities shine through on tracks one and three from the EP called “Not Fooling Anybody” and “Down to Earth”. The two songs are fast-paced with punk elements sprinkled throughout their run time. Tracks two and four play more on the emo/alternative side of Chris’s influences. Bands like Saves the Day, Incubus and Thrice may come to mind. Chris put his all into these songs and they are a great addition to his growing body of music.

His complete discography can be found on all of the major music streaming services. Find him on social on Instagram, Facebook, and Twitter and drop him a line. “All That You’re Missing” came out yesterday on Friday, October 19th. See Chris Benton open for Coldrift tonight at La Maison Tavern for their Video Launch Party.

“I can’t wait for the show tonight with the boys in Coldrift for their video release! Those guys are buds and they are true gems. I’ve seen them live a pile of times and I’m blown away every time. Their new album “Home” is so good! I was at the video shoot as well so it’ll be cool to see my mug rocking out in the video. I’m looking forward to playing songs from my EP tonight as well as some old favourites from my previous releases. I hope to see a bunch of familiar faces and friends out tonight. La Maison is a great venue and I always enjoy playing that stage. I’m looking forward to Braunson Lalonde’s set as well! That guy is killer! The show starts at 8 pm, so be there,” Benton concluded.