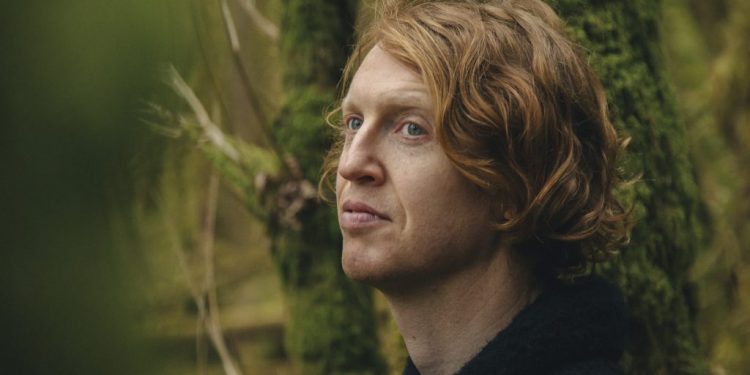 Ottawa, Ontario – Richard Reed Parry. who is best known as a multi-instrumentalist in the Grammy award-winning band Arcade Fire, is playing a solo concert on November 26th at St. Alban’s Church in Ottawa.

Richard Reed Parry explains the significance of the title and how it represents the cycle of life and how all living things turn to dust.

“It’s a never-ending flow of what we’re made of and what we’ll return to; it’s the eternal human turnover. Not just humans, but everything in nature. Society, memories, life, all of it – ashes to ashes,” Parry replied.

The date of the album release was September 21st, which coincides with the autumn equinox. Volume 2 is scheduled to be released during the spring equinox. The release dates are significant because they connect to the idea of the natural life cycle.

Ten years ago, Richard Reed Parry spent time in Japan after a hectic schedule of touring with Arcade Fire. He visited a monastery, and other rural and remote locations, experiencing silence and tranquility. According to Perry the ideas for the songs already existed before his visit to Japan, but it was the experience of silence and solitude that gave him the space necessary to bring those songs out.

“The experience I had there triggered me into writing a lot of songs. The content, feelings, and ideas for the record were already there, but it took a certain kind of experience to give me an impudence. It was the cumulative effect of being on tour for a super long time – with two albums of Arcade Fire. This constant travel and this constant chaos of loud shows and performing. Where it was output, output, output; being extremely busy for an extremely long time during this period of life. Then I had this trip and nothing on my schedule for the first time in about four years. There was nothing on my schedule, and I didn’t need to be anywhere. No one was asking me for things, and no one needed to know where I was,” Parry recalled.

“It was very open and spacious, and I was discovering this incredible geographical place for the first time. It was extremely quiet, it was winter when I was there. I was going to remote places where I would be left to my own devices – if not completely alone without other humans in sight. I just stayed there for weeks. That kind of spaciousness, unplanned, and the deep quiet added up to letting a bunch of music out – waiting to have some space. It wasn’t like I took a trip to Japan and was so inspired by what I saw that I wrote an album about it. It’s not that at all. It’s this album that wanted to be made, these songs that wanted to be written, were already there – they just needed space to come out,” Parry added.

The song “I Was in the World (Was the World in Me)” explores the concept of losing one’s self in nature. The video below was recorded live from the camera’s microphone showing a very authentic experience of Richard Reed Parry playing while immersed in nature.

“The video is just me in the forest playing the song acoustically, recorded live from a camera mic. It’s extremely authentic in that sense. But the song on the album, the produced version of it is more all over the place and a bigger production. At its core, it’s still really stripped down, but it’s sonically full and intense as the chorus is hit. For the video, it’s not very good sound, just camera audio, on one camera, recorded twice – just me sitting there singing the song as it is,” Parry noted.

The album Quiet River of Dust Vol. 1 was released on ANTI Records, a music label that features an eclectic group of talented musicians. The label is a good fit for Richard Reed Parry.

“They have a really interesting roster and put out really good music. They focus on interesting singer-songwriters and interesting bands. They were excited about the record. They are open-minded about how to do things, and they put out music they really like. All the above made it a good fit.

Long before Richard Reed Parry joined Arcade Fire in 2003, he grew up in Toronto’s folk music community in which house parties where everyone sings was commonplace.

“I grew up in this little community in Toronto that still exists but transforms over time. It was a place where there was less of a divide between stage and audience. It was something where everybody could participate. A lot of the performances that would happen would be in someone’s home and people would be singing in the living room. People would take turns leading songs, and people would join in,” Parry pointed out.

“It was less the focus of being on the stage as the performer and the audience passively listening, and a lot more of everybody sings, everybody participates. It was more of a shared musical experience. It wasn’t about the performer doing their thing, and I think that had an impact on me. I’m almost always vaguely disappointed when I go to parties it’s not about people singing together, because every party I attended growing up was about that – and the party didn’t really start until everybody was singing together until the wee hours of the night. At that point in life, I didn’t have my eyes set on being a musician. Music was something I was absorbing and surrounded by and living in. You learn how to sing in a group intuitively. With harmonies, you just find a place for your voice and it’s a very musical thing for you to do. Just to be singing with everyone, and everyone’s finding harmonies and fill out the music themselves,” Parry remarked.

“I learned a lot intuitively by that, but I wasn’t focused on learning an instrument. I didn’t aspire to be a folk musician per say, it was more of an osmosis where you absorb the fact that music is an everyday thing and it’s something everyone around you does, and you all participate in it joyfully together. It’s like a church experience with music but without any sort of denomination being involved – and music is a lot more varied from whatever songs people learned from someone else, whether it be a friend, or seen someone perform it at a festival. That culture really influenced me. There is always a list of songs in the back of my mind that I want to learn, and learn how to sing, and not necessarily learn how to play. I remember one of my dad’s friends who said, “I hope I don’t get to a time in my life where I don’t have a lot of songs that I want to sing; wouldn’t that be a sad thing”. I agree with that,” Parry went on.

Richard Reed Parry will be playing in a church on November 26th. His concert in Ottawa at St. Alban’s Church will be more intimate and up close with fans. There will also be opportunities for fans to sing along to certain songs.

“Playing more intimate venues, I really like it. The Arcade Fire playing in arenas thing is fine; it’s amazing, big, and exciting. But I really crave balance in my life musically speaking. I like to do a lot of different things and perform in a lot of different environments. Arcade Fire liked to play in smaller rooms too, but it becomes a little bit of a clusterfuck when a band becomes so popular. I love playing in smaller rooms and being able to interact directly with people and have a little bit more of a conversation back and forth like in the folk music way I was talking about earlier on. I also like to get the room to sing a couple of songs. Some of my songs are a little tricky, but there are a couple of them that work as singing in a group. I like to get the whole room to sing. It’s a magical experience when the whole room sings. It bonds people together in a way that nothing else does,” Parry mused.

Richard Reed Parry’s main focus is his solo material, especially while Arcade Fire is on hiatus.

“Arcade Fire is on a bit of a hiatus right now, so I’m just focusing on this right now, doing this, and performing this. I have lots more music where this came from, and it all needs time and space to do it. Right now, I’m performing all the time, so that takes up all my energy and I can’t think that far in advance about what is happening next,” Parry concluded.

Richard Reed Parry of Arcade Fire is playing St. Albans Church in Ottawa on Monday, November 26th, 2018. Corwin Fox is opening the show. Doors are at 7 pm and the show starts at 7:30 pm. Tickets are $17.50. Tickets are available online as well as at Vertigo Records and both Compact Music locations. The show is being presented by Spectrasonic.