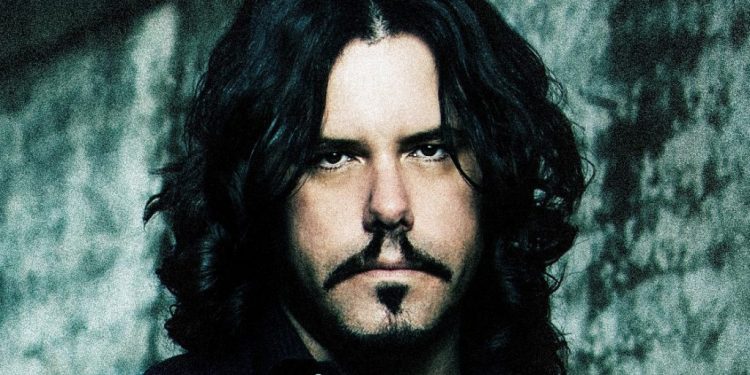 Arnprior, Ontario – This Friday, December 14th Jeff Martin who is the guitarist and singer-songwriter of The Tea Party will be playing an intimate solo concert at The John St. Pub in Arnprior, Ontario.

The Tea Party are an award-winning multi-platinum Canadian rock band who have sold over 2 million records worldwide. Their 1997 album titled Transmission included the hit song “Temptation” that was used in The Trailer Park Boys Movie and on the soundtrack of video games like EA Sports NHL 2002 and Road Rash 3D.

Fans of Jeff Martin’s acoustic music will be able to pick up his new EP titled “Stars In The Sand” at The John St. Pub show. The album, which is only available at his solo shows, was recorded at Riverhouse Studios in Byron Bay, Australia.

“The new EP is called “Stars In The Sand”, and it’s a collection of five songs that were inspired by my travels a few years ago. I did some field recordings, and it turned out to be such a magical experience that I brought it all home to my studio in Australia and wrote songs around the field recordings. The solo shows that I perform are instrument experiences. It’s a very special journey, an emotional rollercoaster. I know how dedicated my fans are, and that it would be nice to give something back in an exclusive manner. Once this Canadian solo run is done, then it’ll be available elsewhere in the world and on mediums like iTunes and Spotify,” Jeff Martin said.

The first song on the five-song EP is titled “Stars in the Sand”. The title of the song (and the title of the album) was inspired by an experience with his then-fiancée Melissa when they were in Bali.

“The song “Stars in the Sand” was written for my fiancée at the time, Melissa. It was a song inspired when we spent time in Bali and a beautiful moment when we were both on a beach. I wanted to spend the rest of my life with this beautiful woman. I hadn’t put it in a song yet, and one day when we were on the beach, I turned to her and said the stars and sand are glistening. I thought it was a beautiful title and describes how much I love the girl,” Jeff Martin reminisced.

Jeff Martin has a whole new acoustic show, so fans are in for a very extraordinary night.

“There are a few surprises under my sleeve when it comes to the acoustic shows which are really augmenting the sound. It’s only me on stage with all those acoustic guitars, and the 12 strings, and what not. Now I have loops that I created in my studio from those field recordings in Morocco with authentic Moroccan players playing with me on stage. It fills out the sound, and it’s going to take people by surprise going to an acoustic show that is about as loud as a rock show – but it’s a beautiful loud,” Jeff Martin elaborated.

Jeff Martin’s home and studio are furnished with instruments he’s accumulated through his travels- all of which he plays fluently. Growing up Jeff Martin was inspired by George Harrison of The Beatles, and wanted a sitar of his own. When The Tea Party started touring internationally his collection of exotic instruments began.

“The first one I ever got was the sitar. When I was a kid between the ages of six and eleven years old, I was obsessed with The Beatles, and my favourite Beatle was George Harrison. I thought he was the best instrumentalist and he brought Indian classical influences on The Beatles and that piqued my interest as a young kid. Obviously growing up in Windsor, you’re not going to find a sitar anywhere. In the early days, I had my guitar tuned to sound like a sitar. Our success with The Tea Party came early, and we started touring all over the world. The first instrument I ended up picking up was a sitar and from there the family of instruments grew exponentially,” Jeff Martin added.

Fans at his show can expect to hear a mix of Jeff Martin’s solo music and acoustic renditions of songs from The Tea Party.

“There are some songs from The Tea Party in my set, those songs are all close to my heart. They are like all my children. There are some classics from The Tea Party in the set. I try to keep it half and half. Some of it is from my first solo record, my other record, and there is a lot of material to cover in a short amount of time. In the hour and a half there are signposts that are going to be very familiar,” Jeff Martin noted.

This will be fans last chance to see a Jeff Martin show for a while. The Tea Party are going on tour in 2019.

“It will be my last solo show in the area for quite some time, so come out. The next tour and the next year is going to be all about The Tea Party. Our single Black River has just come out and it’s doing well. This is the last time for a while that I’ll be able to entertain doing solo shows. Also, the EP is only available that night. The shows I’ve done there in the past have sold out, and it’s always been a great crowd in Arnprior,” Jeff Martin concluded.

Tickets for the solo show December 14th at The John St. Pub in Arnprior are on sale for $30 online.

In addition to playing a solo show on December 14th, The Tea Party band will also be playing Ottawa on March 25th, 2019 as a part of their Black River Tour. More information about that to be announced.