The 2019 Inductees to the Arts Hall of Fame 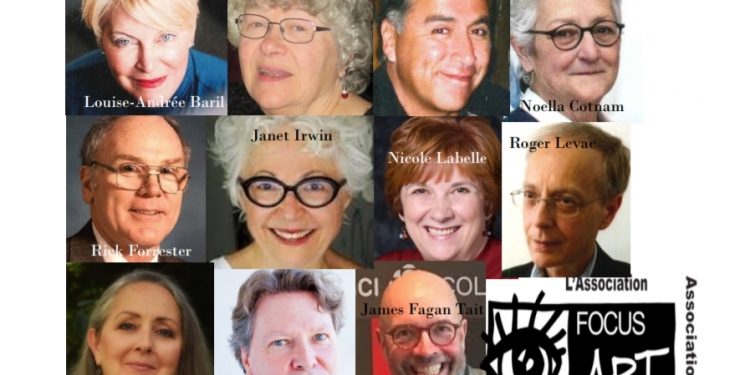 All the world is their stage: Louise-Andrée conquered New York and Europe early on and her albums continue to flourish. In addition to her music and choral work, Michèle is instrumental in the concert series on the famous Casavant organ in Nativity church. Brad Bonaparte, a Mohawk culture activist and artist from Akwesasne left an inestimable legacy. Noella Cotnam, artist and mentor to other artists continues to leave her mark in the city, the counties and all over the continent. Rick Forrester was the founder of Glen Productions and the builder of Glen Theatre.

Janet Irwin is a star in the Ottawa theatre world, frequently directing at NAC, and Nicole Labelle, a founder of L’Amalgame is a champion of francophone theatre and literature. Roger Levac is an acclaimed writer, scholar, and painter. Veronica Maguire comes home for the gala from Vancouver after a tour in Spain and Duncan McIntosh is coming in from PEI, where he anchors the Prince Edward Island conservatory and Watermark Theatre. Duncan has served as artistic director in great theatres across Canada. James Fagan Tait is the only living inductee who is unable to attend. Based in Vancouver, he is in great demand throughout his own province but has also performed in London, Paris, Edinburgh. Jimmy’s absence will be compensated for by l’Association Focus Art Association. This is the first organization to be inducted and many of its member artists will be on hand to celebrate the mentoring and networking achievements of this artists’ association.