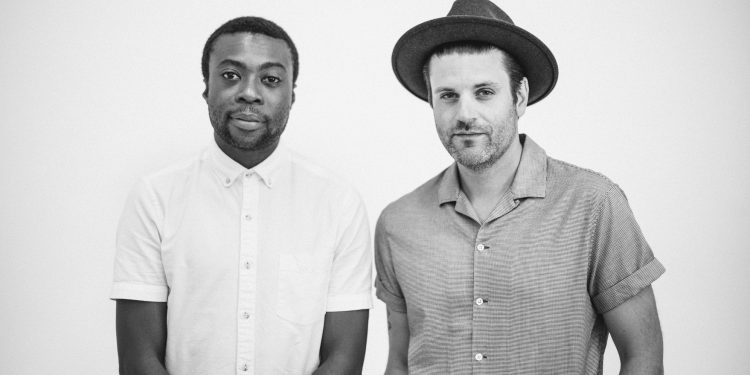 Ottawa, Ontario – On Friday, February 21st, 2020, the Bedouin Soundclash will play the Bronson Centre in Ottawa. The duo is also promoting their latest album “Mass,” which is their first full-length release after a nine-year hiatus.

During their time away from Bedouin Soundclash, Eon and Jay reconnected with family and friends, and they pursued individual musical pursuits.

“We had been touring for ten years straight, which was a blessing. After that, we wanted to take a little time to ourselves and set up our home lives which get neglected when you’re touring all the time. We did some more individual pursuits. For example, Jay wrote a book, he did an album, and another project called Jay Malinowski & The Deadcoast which he toured with. He also went out West for the first time in a while, going to Vancouver where he grew up, and connected with family and friends there,” Eon explained.

“For me, I stayed home in Toronto and did the same thing. I reconnected with family and friends. I got back into DJ’ing which is something I did a lot of in high school and a bit during University. I met and worked with some great people DJ’ing. I also worked with some artists just playing bass. Jay and I stayed in touch the entire time, chatting about life, sports, and everything in between. Around 2015/2016, Jay wrote a couple of things and asked what I thought of it. It had that energy Jay and I bring as a duo to Bedouin Soundclash. The first thing he sent was a demo for “Clock Work”. So we met up, started writing, and that’s how it came to be,” Eon went on.

The new album was partially recorded in New Orleans, so Jay and Eon could work with the legendary Preservation Hall Jazz Band.

“We ended up doing two sessions in New Orleans, and one in Vancouver after that. I’ve been friends with Ben Jaffe of Preservation Hall Jazz Band for several years. When we started writing, Jay was writing a lot of stuff that had horn sections on it. We thought it would be great to reach out to them. They are a big band, so when considering the cost of picking them up, it made more sense for us to go there to record. The energy in New Orleans is wonderful from our experiences playing the odd date there on tour, and we wanted to lose ourselves in that culture. It’s such a rich, vibrant, and diverse cultural history of the society and the music. It’s a city where the music is non-stop. Talented individuals are dancing, playing, and singing on every other street corner. For us, being down there, being around that influenced some of how we played certain songs, and the energy we delivered with certain songs,” Eon recalled.

“Also, we were able to record the song “Edges of the Night” live from Preservation Hall in New Orleans which was a special and unique opportunity. There is spiritual energy and I think everyone was feeling it, and after the session, everyone was feeling high,” Eon added.

The title of the album “Mass” can mean a gathering of people, but the name also has spiritual connotations as well.

“That’s a cool reading of it. The coming together of all these people is the most literal meaning we attributed to it. We called the album Mass, but the name has so many different connotations to it, one of them being spiritual. This is something Jay and I feel strongly about. We’re both very spiritual people,” Eon noted.

“The idea of mass being held in a church or cathedral and being together with people focused on one singular element: whether that be god and church, or a concert and music. We also recorded some of the sessions at a church in Vancouver. The young people in the St. James Choir did those vocals in the church. That’s another literal connection to that title. There is a spiritual undertone to a lot of the things we’ve done. There is that undercurrent, especially in songs like “Holy,” which is a spiritual title no matter how you look at it. There is always an element of the spiritual and how it relates to the world around us in most of our records,” Eon elaborated.

Prior to the release of the new album, several singles were released including “Salt-Water”, “Born into Bad Times”, “When We’re Gone”, “and “They Gutted This City.” Eon discusses his favourite song off the album, and his favourite new song to play live.

“For this record, “Holy” is one song I love lyrically and the synthesis of genres on it; there are beautiful strings, and the choir is on it too. For live, we have a song called “St. Jude of the Floors” on the record. It blends a lot of familiar sounds we wanted to have together for a long time. It’s fun, and people are responding to it the way we hoped,” Eon replied.

“One of our first early champions was Darryl Jenifer, the bass player. Our first manager was a promoter who has worked with them over the years, heard our stuff and said he thought Darryl would like it, and he did. We recorded Sounding a Mosaic and Street Gospels with Darryl in Woodstock. He’s always been a champion and mentor to us and someone we’ve reached out to over the years. We maintained a relationship, and we ended up on one bill with the Bad Brains at the Rogers Picnic in Toronto,” Eon replied.

“Our next producer was from Philadelphia, where Darryl was from. When we went down there to record Light the Horizon with King Britt, we met Chuck and jammed with him on a day off. It was in that circumstance we met Chuck through King and that Chuck also worked with Bad Brains. Chuck also has a history of being a talented musician, not just on drums, but any instrument. He’s worked with a lot of artists we are familiar with in Toronto, Canada, and around the world,” Eon went on.

In addition to sharing the stage with the Bad Brains, Bedouin Soundclash have played major festivals, were on Warped Tour, and opened for No Doubt. Also, their song “12:59 Lullaby” was featured in an episode of Grey’s Anatomy.

Furthermore, Bedouin Soundclash is an award-winning band. In 2006 they won a Juno for Best New Group. While in 2007, they were nominated for Music Video of the Year for “Walls Fall Down” and “Pop Album of the Year” for Street Gospels. For Pop Album of the year, the other nominees were Celine Dion, Michael Bublé, and Anne Murray, while Feist was the winner.

“It’s a special moment getting recognized by a larger industry body. With our music, it isn’t common. There isn’t a proven pathway to success for people using reggae as a foundation for their music. It’s not something that usually gets a lot of attention. In 2006, being nominated for Best New Group and getting the Juno was an incredible honour. It was a cool and humbling event. The nomination for “Pop Album of the Year” along with Celine Dion and other heavy hitters. To get to that kind of echelon on your second record was another humbling vote of confidence. It indicates there is a place for the music we’re making,” Eon said.

“I think these nominations mean more to family and friends sometimes. It’s not that we don’t care, but it’s never been our focus. We never made music with those intentions in mind. We try to make songs people want to hear that we haven’t heard yet. That is always our singular focus. Jay and I have had tons of support of the years with this kind of music, and hopefully, we can continue that path. Those awards and nominations are nice votes of confidence,” Eon added.

“This is a good tour, and I’m glad people are coming out and supporting us. We’re looking forward to seeing everyone in the Ottawa area. It’s great because we have a horn section with us, and we can start playing a lot of the new songs in their truest sense. On this tour, we’ve been playing a good combination of new songs and old songs. We will play a lot of singles; people are probably familiar with cuts from previous albums that we like to play and have resonated well and complimented the new songs. We’re playing a good 4 or 5 songs off the new album,” Eon stated.

“Jay and I have been going to the merch booths after every show to meet people, say hi, take pictures, and re-connect with our fans. People have said they like the balance of songs they know, and songs they’d like to hear off the new record. The show is a nice blend of a couple of things from every album except Root Fire. We’re excited to come back to Ottawa. We played the Hopped and Confused festival a few years ago, and that was one of the first shows we played after coming back and it was a great experience. We’re looking forward to playing at the Bronson Centre. We’ve heard good things about the venue. Let’s have a fun night! It’s a Friday night, so no excuses, come out and enjoy your evening,” Eon concluded.

Spectrasonic is promoting the concert. Doors are at 7 pm and the show starts at 8 pm. Opening the concert for Bedouin Soundclash is Odario. The event is 19+ and tickets are $25 each. Tickets are available at Vertigo Records and online at Eventbrite.ca.