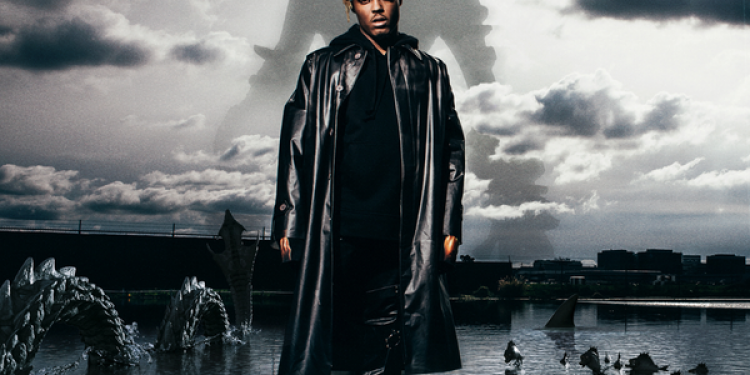 This month, from Rick Ross to Lil Pump to Chief Keef and to Trippie Redd, it seems like a lot of big-name rappers dropped projects. In this article, I’ll be reviewing the two that I found to be the most interesting: “Magic” by Nas, and “Fighting Demons,” Juice Wrld’s second posthumous album.

In terms of Nas music, Magic is very much formulaic. Fortunately for the New York legend, however, his formula is one that has produced some of the best hip-hop albums of all time, including my personal favourite, Illmatic.

In this record, we hear tracks such as“40-16 Building” and “The Truth”, which if I hadn’t known better, I could mistake for Illmatic B-sides. Because of this, the LP isn’t super memorable. It’s just an easy to enjoy, sub-30-minute boom-bap record. It doesn’t have a deep message to convey or a profound point to make, it’s just a digestible album from an already acclaimed and beloved New York rapper.

It is for this reason that the album wouldn’t be among my favourites for the year of 2021. Sure, it’s one of the most enjoyable, but when thinking about classic rap albums, all my personal favourites have rich themes. For example, “Illmatic” is Nas’ first studio album, and it is my favourite rap album ever because he successfully dives into deep thought about his love for his city, social issues, and his upbringing. In Magic, Nas just raps over old-school beats in a chill manner.

The production quality is a high, the lyricism is on par with prime Nas, and the features in“Wave Gods”are strong. But without a clear thematic approach, Magic cannot be a special record. Not an all-time great, but very enjoyable. 3.5/5

Since “Legends Never Die” came out in the summer of 2020, I’ve been saying that Juice Wrld’s team needs to stop releasing posthumous music and let the man rest in peace. I believe that his two pre-death albums (“Goodbye & Good Riddance” and “Death Race for Love”) were overall good projects. With Juice not having any executive say in the posthumous releases, they come off as disconnected and inauthentic.

While this was not as apparent in Legends Never Die, it was a glaring weak point in Fighting Demons. Between features Juice would’ve never signed off on, such as Justin Bieber in “Wandered to LA”, and weird production quirks such as a strange experimental beat that meshes terribly with Juice’s voice in the opening song “Burn”, it is ridiculously clear that this album was a cash-grab that was not made with the intention of improving Juice’s legacy.

With the “Juice Wrld Speaks” interludes, some effort was made in making the LP seem authentic, but it mostly just came across as a last-ditch effort, probably after realizing this project comes across as a more disconnected cash-grab than the Emoji Movie.

What saves this album from being a complete dumpster fire is the fact that Juice is just a really talented rapper and singer. Despite the record’s overarching flaws, songs like“Not Enough” and “From My Window” are redeeming and feature sounds reminiscent of prime Juice Wrld truly working on what he loves to do in a studio. In these high-point songs, the production is strong, and the instrumentals don’t take away from Juice’s voice.

If I was able to speak to Juice’s team, I’d tell them to stop trying to milk his talent for a few extra bucks. I’m sure Juice Wrld fans would be happy to hear very generic Juice Wrld trap music. But I know from speaking to some of the biggest Juice Wrld fans, not many people were happy to hear Juice Wrld collab with Justin Bieber or Suga of the K-Pop band BTS. This album is all over the place, I can’t recommend listening to it.

TAKE NOTE: SICK by Earl Sweatshirt and From a Bird's Eye View by Cordae