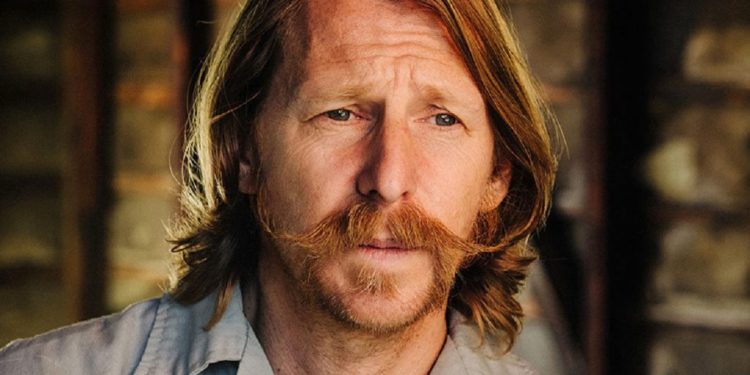 Cornwall, Ontario – Actor Lew Temple, best known for his roles in The Walking Dead, The Devil’s Rejects, and Halloween will be among the special celebrity guest at CAPE 2019. It’s the fifth anniversary of the Cornwall Area Pop Event, and it takes places April 27th and April 28th, 2019 at the Benson Centre.

Actor Lew Temple played Axel on AMC’s hit television show The Walking Dead. Between 2012 and 2013. He appeared in 8 episodes of the series.

“I loved being on The Walking Dead. My favorite thing about my time was the experience of being part of the family. It lasts forever. I met so many dear friends, that is what I miss the most about not being on the show anymore is the friendships. Everyone was so supportive and single focused on doing the best job possible,” Lew Temple replied.

Many fans at conventions will recognize Lew Temple from The Walking Dead; however, some fans know him from two different Rob Zombie horror films.

“I think that fans typically see me as Axel when they meet me, However, they also know me from Rob Zombie films, particularly Adam Banjo from The Devil’s Rejects,” Lew Temple responded.

Lew Temple’s character of Adam Banjo had a violent death at the hands of the Firefly family in Rob Zombie’s horror film The Devils Rejects. His character vomits in fear, tries to fight back against the serial killer family, and after finally being murdered, has his face skinned off and used as a mask.

“The experience on The Devil’s Rejects was special no doubt. I think that it was something that can’t be duplicated and believe me we have tried. The scenes with the Firefly family were very intense as you can imagine. I suggested to Rob that I would probably lose my lunch if I were to see someone get shot in the head. He took that to heart and had me do it. Several times. I was really pleased that we were able to give Adam Banjo a complete arc in his character. He was full of bravado, then the execution, he becomes submissive, and finally must rise to the occasion and fight for his life. He died trying,” Lew Temple recalled.

In addition to The Devil’s Rejects, Lew Temple worked on a second film with director Rob Zombie as the character of Noel Kluggs in the remake of Halloween.

“I always say about Rob is that he knows what he wants, and he wants what he knows. He is a fantastic storyteller. He is also a performer himself, so he knows what is required. On set, he makes sure that whatever is needed to make the best possible situation for the take, he provides. He is a great collaborator and a great artist. I was a fan of the Halloween films, particularly the original. I was like most kids, scared to death of the silent and violent Michael Meyers. It is an honor to be a part of such a legendary franchise, and I try to be as much a part of it each year as possible,” Lew Temple disclosed.

“I enjoyed my time on Domino so much. It was my first experience working with Tony Scott, the director who has since passed. I ended up working for him two other times in DeJaVu and Unstoppable. I did work with both Kiera and Mickey. They are both very incredible talents. Kiera was so young at the time, just amazing. And Mickey is always so powerful in his work. They were both so wonderful to watch work. I feel very fortunate to have been a part of that entire cast,” Lew Temple admitted.

He also portrayed Sheriff Winston in the prequel to the remake of The Texas Chain Saw Massacre.

“I was very thrilled to be invited to be a part of The Texas Chain Saw Massacre franchise. It being Texas-based, has a great sense of pride for me. I was very happy to be a part of the telling of how the legend became. My favorite scene in the film was taking the ride to go and find young Thomas Hewitt with his Uncle Charlie, who would later steal my identity. I was improvising most of that scene, and just having a big time with the late R. Lee Ermey. It was a delight to work with him, another legend. It did not end well for my character, however,” Lew Temple noted.

“I think that Rango may have been the most fun I have had at a film set. We were all in wardrobe, on real sets, and walking and talking like our characters. It was hilarious. And what a cast. We did win an Oscar after all. My favorite scene in the film was probably the introduction of Rango in the bar. There were so many different personalities that were present, and all were fantastic. Johnny Depp was amazing but really supported by some wonderful talent to be sure. I was also thrilled to be on the posse ride in which we were actually on barrels that were balanced by ropes. It was such a hoot. The main challenge for me, was holding on to the character while trying to balance the voice quality. It was quite a character voice Mr. Furgus, so it was important to me be consistent with the sound. In seeing Rango for the very first time, I was blown away with how cinematic it looked. It was just so perfect. The animated characters that the artists built were spot on with the voices. Again, I am so honored to be a part of it,” Lew Temple disclosed.

Before acting, Lew Temple had a career in baseball working for the Houston Astros. The jump from a secure job to the world of acting was a risky and exciting move.

“I was working in baseball for the Houston Astros when I followed a young lady into an acting class for a date. I was mesmerized by what they were doing on stage. I knew right then, that these were my people, and this is what I must do. I actually did not know how to act at all. But I was determined to figure it out and went back to Brooklyn College to learn how. In a crazy passionate move, I left a secure job in baseball to pursue the uncertainty in acting. It is still crazy when I think about it, but it is so rewarding and filled with the joy of the unknown. I think that my time in baseball, the best hitter I saw was Will Clark or Tony Gwynn. They were both lefties and amazing hitters,” Lew Temple disclosed.

The Walking Dead character of Negan is famous for his barbed wire baseball bat named Lucille. Does Negan have a swing that would work in pro baseball?

“Negan, as I evaluate, not so much. He grips the bat wrong fundamentally, has a poor stance, and believe it or not, does not grade out with that much power. But he has great determination, and is a leader, so there would be a place for him on a front-line team,” Lew Temple said with a smile.

What’s next for Lew Temple? He has a serious of projects that will be coming out soon.

“I am very excited about several projects that I have. Currently, I have a film The Iron Orchard out in theaters now. It is a rags to riches West Texas oil movie that take place over the period of 1938-1960. I am very proud of this piece. Also, on Netflix currently is The Endless, which is a wonderful Sci-Fi piece about cults. This film is exceptional. Feral is a cabin-in-the-woods creature feature, out on DVD. It is quite unique, and an unbelievably attractive cast. Good scares to be sure. Come Said The Night, is opening at the Cinequest Film Festival. It is something that I am very close with, a hybrid horror that is a unique coming of age story for young girls. I can’t wait for the world to see this. And then Limbo, a supernatural courtroom drama, between Heaven and Hell. It makes its first festival appearance in Manchester. I’m so excited about all these films, and I know the audience will be supportive. I feel very fortunate to be attached to these wonderful pieces of storytelling,” Lew Temple divulged.

This will be Lew Temple’s first visit to Cornwall, Ontario. He is looking forward to the event and meeting everyone in person.

“I am so looking forward to meeting everyone in person. I sincerely enjoy visiting with the audience, as we refer to them. They are so well informed, and have such insight, that I believe it is important to have interaction. So, come on out to say hello, take a photo, talk about your favorite things, and get a hug. I will look forward to engaging with all. I find Canadians to be particularly kind and well spoken. So, I am excited to have a blast with The Cape Con,” Lew Temple concluded.

The Best Exercises Seniors Need to Stay Active this Spring