We are but a spec on a pale blue dot 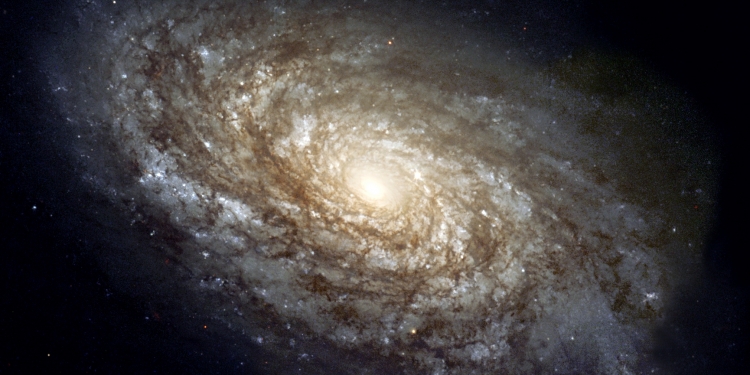 The Universe is 13.8 billion years old and spans 93 billion light-years in diameter.

The Milky Way galaxy has over 400 billion stars, including our Sun.

Our galaxy is one of an estimated 2 trillion galaxies in the known Universe. So, our star is just one of 70 billion trillion stars in the observable Universe.

To help visualize how small we are compared to our planet, consider this: Earth’s circumference is about 25,000 miles. If a person could walk across the entire equator, it would take almost a year (without stopping to rest or sleep).

How small is the Earth compared to our Sun? One million Earth-sized planets could fit inside our Sun.

The Earth is about 4.5 billion years old, and humans are just one of about 8.7 million species currently living on the Earth.

More than 99 percent of all species that ever lived on Earth are extinct. That is an estimated 5 billion species!

Archaeological evidence suggests Homo sapiens have been around for about 6 million years and evolved into Homo erectus about 300,000 years ago. Civilization as we know it is relatively recent. Humans started farming about 12,000 years ago and started living in cities about 4000 years ago.

The human population living on Earth today is nearly 8 billion. On a microscopic level, just one human being consists of 100 trillion cells. In comparison, four human beings have about as many cells as the Milky Way galaxy has stars.

The global fertility rate for humans is approximately 2.4 children per woman. During human copulation, typically, only one sperm (out of 40 million to 150 million sperm released) wins the race to fertilize an egg. In comparison, one human male produces about 400 billion sperm (or 50x the entire human population of Earth) throughout a lifetime.

The odds of us existing right now at this moment are genuinely astronomical and astounding.

The Universe is vast and ancient, and compared to Earth, our time here is minuscule.

For an analogy, if we condensed 4.5 billion years of Earth history to a single Earth year, humanity has been around for less than half an hour. By that same comparison, the lifespan of a single human would be a fraction of a second on that scale.

Our understanding of the Universe is still in its infancy. Still, we had come a long way since 1633, when Galileo was accused of heresy for suggesting the Earth revolves around the Sun.

It is humbling and inspiring to know that we are but a spec on a “pale blue dot“.