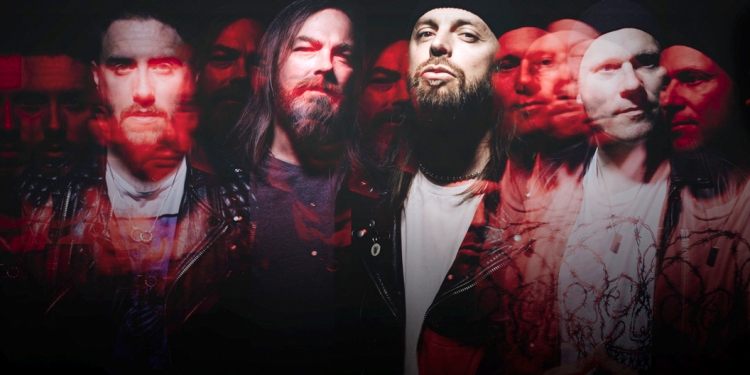 “It was not a conscious decision to make this album self-titled. It was an off-the-cuff decision, and it felt right. We were comfortable with the sound, and after two years, this was a reset for the band’s sound,” drummer Jason Bowld replied.

The band has opened a bold new chapter with their heaviest and fiercest album to date.

“It’s relenting, pure, brutal, and honest. Although we started writing the album before the pandemic, most of it was conceived during the lockdown. The lockdowns were a period of introspection to find out who you are as a musician to create something from an honest place. During the lockdowns, we discovered who we are more than ever. The shared experience brought us closer together and made us realize how much we want to do this. We love aggressive music, we wanted to do an aggressive album, and we went for it. I think this is our heaviest album. Every track is heavy but heavy in a different way which is difficult to do,” Bowld explained.

The opening track on the self-titled album is a ferocious song titled “Parasite.” Bullet for My Valentine has started to open their shows with this new song.

“The song Parasite was straight to the point and one of the most brutal songs we wrote. Not only does it open the album, but we also open concerts with it. It was brilliant, and the message is we won’t stop,” Bowld stated.

“The song Knives is one of the busiest on the album. It was first conceived in 2019. They checked my drumbeats and added rifts. The middle section was all about the drums, creating something bold. I came up with a busy drum part that builds energy. I’m a fan of Anthrax and Slayer, and I love fast double kick groves. I liked the opportunity to unleash my favourite drumming style,” Bowld noted.

The imagery for the new album and music videos was well-thought-out and thematically linked everything together.

“From the artwork, to the redesign of the Bullet For My Valentine logo, to the videos, it all shares a thread of the same imagery which ties everything together. We wanted the imagery to be consistent to capture the whole experience from the album, to the web, to touring,” Bowld disclosed.

To help better tie everything together, Bullet For My Valentine had one creative director for all their new videos instead of hiring different directors.

“For the videos, Fiona Garden was the creative director. Normally, we get one director for a single and then get another director for another single. This time, we had the same director, and we discussed imagery and our vision. For example, the song “Knifes” introduces the skull which later appears in the “Rainbow Veins” video.  For the song “Shatter,” we filmed ourselves on our phones, and Fiona compiled the footage and created an effective video,” Bowld explained.

The process of recording the new album didn’t change much with the lockdowns. Instead, the most significant change was that everything was written before Bullet For My Valentine entered the studio.

“We normally lay down the tracks separately, so that part didn’t change during the lockdown. I think the biggest difference was that we had everything written in advance, so we go in, lay down our parts, give our best conviction, and focus on what we do best,” Bowld said.

Bullet For My Valentine has started to play concerts and tour again.

“I want to say to fans, get out to a show as soon as possible. For music lovers, going to a concert will make us feel normal again, so we can start living again. We appreciate the support, and the new album is for the fans,” Bowld concluded.

Fans can pre-order the album, which will be available to purchase and stream on November 5th, 2021.